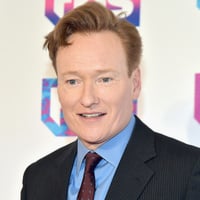 What is Conan O'Brien's Net Worth and Salary?

Conan O'Brien is an American television host, writer, producer and comedian who has a net worth of $200 million. Conan O'Brien hosted various incarnations of a late night comedy talk show for nearly three decades. He hosted a show at NBC from 1993 to 2010. He then hosted a show on TBS from 2010 to 2020. During his time at TBS Conan earned an annual salary of $12 million. In recent years Conan has found enormous success as a podcaster. In May 2022 Conan sold his podcasting network to SiriusXM for $150 million. More details on this later in the following article.

Conan Christopher O'Brien was born in Brookline, Massachusetts, on April 18, 1963. His father is a physician and professor of medicine at Harvard Medical School, and his mother is a retired attorney and former partner at Boston firm Ropes & Gray. He has three brothers and two sisters. O'Brien attended Brookline High School, graduating in 1981 as valedictorian. He continued his education at Harvard University, where he studied History and Literature, graduating in 1985.


After graduating from Harvard, O'Brien moved to Los Angeles, where he joined the writing staff of HBO show "Not Necessarily the News." In his own time, he also performed with improvisational groups like the Groundlings. He joined the "Saturday Night Live" (SNL) writing team in January 1988, and spent three years there. In 1989, he actually received an Emmy Award together with fellow SNL writers for Outstanding Writing in a Comedy or Variety Series. He occasionally appeared as an extra in SNL sketches, such as his role as a doorman in a sketch with Tom Hanks. During this time, he also wrote the television pilot for "Lookwell" with Robert Smigel, starring Adam West. The pilot aired on NBC in 1991, but was not picked up by the network. Following the failure of the Lookwell pilot and the ending of his engagement, he quit SNL in 1991.

He was subsequently offered a job writing for the animated sitcom "The Simpsons," a highly-coveted rare opportunity. He worked as writer and producer for "The Simpsons" from 1991 to 1993, writing some of the most acclaimed episodes of the series, including "Marge vs. the Monorail" and "Homer Goes to College."

In the meantime, David Letterman was getting ready to depart the talk show "Late Night," so executive producer Lorne Michaels was searching for a new host to take over. He initially approached O'Brien to produce, but O'Brien's agent highlighted that he wanted to perform, not just produce and write. A test audition was arranged, and O'Brien was selected as the new "Late Night" host in April 1993. He still has a contract with Fox, however, to work on "The Simpsons," so O'Brien and "Late Night" network NBC split the cost to get him out of it. 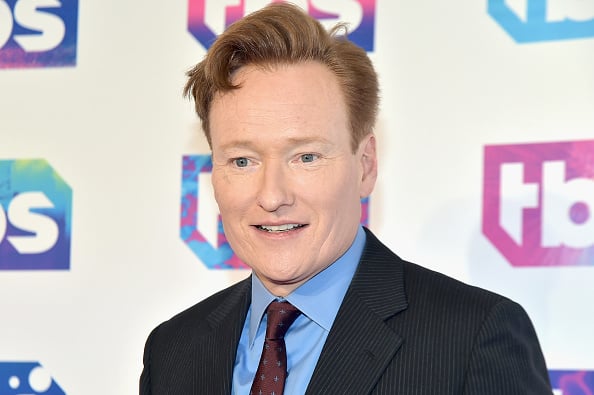 "Late Night with Conan O'Brien" premiered on September 13, 1993, and was initially poorly received by critics. Things got so bad that at one point NBC threatened O'Brien with a weekly contract, and interns had to fill in empty seats in the audience. Eventually though, things gradually improved, and the show grew in popularity. Beginning in 1996, the show's writing team along with O'Brien himself would be nominated annually for the Emmy Award for Best Writing in a Comedy or Variety Series, willing the award for the first and only time in 2007. They would also win the Writers Guild Award for Best Writing in a Comedy/Variety Series several times. By October 2005, the show was consistently attracting an average audience of 2.5 million viewers. "Late Night" officially aired for the last time on February 20, 2009, ending O'Brien's 15-year run with the show.

Conan was ultimately paid a reported $32.5 million settlement when he left NBC. The network also agreed to pay $12 million which went to his staff.

After leaving NBC, O'Brien took a hiatus from television, and embarked instead on a 30-city live tour "The Legally Prohibited From Being Funny on Television Tour" in 2010. The day his tour began, he also announced his new show on cable station TBS.

"Conan" premiered on TBS on November 8, 2010. He hosted the show, at a salary of $10 million per year, through June 2021. On "Conan," O'Brien has had several notable moments, including being the first American television personality to film in Cuba for more than fifty years, and also filming at the DMZ in South Korea (and technically North Korea, because he stepped across the border line at the DMZ).

O'Brien founded the television production company Conaco in 2001, which first began sharing in the production credits for "Late Night." Through Conaco, he was an executive producer for several shows and pilots, including "Andy Barker, P.I." (2007) and "Outlaw" (2010).

In the wake of the Jay Leno/NBC disaster, Conan launched a production company called Team Coco. A major deal point with TBS allowed Conan and Team Coco to own the rights to his show. Through that deal point, Conan was allowed to post clips of interviews, music performances and sketches from the TBS show to platforms like YouTube. Team Coco kept the revenue generated by the clips on YouTube.

In November 2018 Team Coco launched the podcast "Conan O'Brien Needs a Friend". The podcast has won awards such as the iHeartRadio Podcast Award for Best Comedy Podcast and Best Ad Read. Team Coco subsequently launched a dozen other podcasts. By mid-2022 the podcast network was generated 16 million downloads per month, 200 million per year. Roughly 10 million of the monthly downloads came from the primary Conan "Friend" podcast.

On May 23, 2022 Conan announced that he had sold Team Coco to SiriusXM for $150 million. Through the acquisition the Team Coco podcast will continue making content for a Team Coco channel on Sirius. Conan also received a 5-year talent contract. Interestingly, the deal gave Sirius the right to earn all revenue generated by Team Coco's YouTube channel, but Conan retained ownership of the actual IP.

O'Brien met Elizabeth Ann "Liza" Powel in 2000. At the time, she worked as a senior copywriter at Foote, Cone & Belding. She appeared in a skit involving the firm on his show "Late Night with Conan O'Brien." They dated for almost eighteen months before tying the knot in Seattle in 2002. Together they have two children; daughter Neve (born 2003) and son Beckett (born 2005).

While he was hosting "Late Night" from New York City, Conan and his family lived in a duplex apartment overlooking Central Park. As the family prepared for the move to LA, they quietly listed the apartment fully furnished for $30 million. The home sold in July 2010 for $25 million.

In 2011, Conan and his wife paid $19.4 million for new mansion in nearby Pacific Palisades. He also bought the property next door. It's unclear if that purchase is included in the reported $19.4 million price.

In 2015 Conan paid $7.9 million for a beachfront home in Carpenteria, California, near Santa Barbara. Nearby neighbors include Ellen DeGeneres + Portia de Rossi, George Lucas and Steven Spielberg. Conan and his wife sold their Carpenteria home in October 2022 for $16.5 million.

Conan and his wife listed the home in July 2022 for $16.5 million and by October 2022 had accepted an offer reportedly right around their asking price. Here's a video tour of the home: