What is Colin Quinn's Net Worth?

Colin Quinn is an American stand-up comedian, actor, and writer who has a net worth of $2 million. Colin Quinn is best known for being a cast member on "Saturday Night Live" and anchoring its Weekend Update segment. He is also known for his work hosting Comedy Central's panel show "Tough Crowd with Colin Quinn," and later, for his numerous comedic one-man shows, which have been released as filmed specials on streaming services. On the big screen, Quinn has acted in such films as "A Night at the Roxbury," "Grown Ups," and "Trainwreck."

Colin Quinn was born on June 6, 1959 in the Park Slope neighborhood of Brooklyn. He is of Irish ancestry, and was raised by teachers. As a young adult, Quinn went to Stony Brook University in Long Island, but didn't graduate. In 1984, he began performing stand-up comedy, and in 1987, gained recognition for his work as the sidekick and announcer on the MTV game show "Remote Control." A couple years later, Quinn hosted the stand-up showcase "Caroline's Comedy Hour," which aired on A&E. He subsequently appeared in episodes of "True Blue" and "The Ben Stiller Show," and was in the television films "Gaudy, Bawdy & Blue" and "The Christmas Tree." Behind the scenes, Quinn wrote for the sketch comedy series "In Living Color," and co-wrote and produced the 1996 comedy film "Celtic Pride."

In 1996, Quinn was hired as a writer and featured player on "Saturday Night Live." He became a full-time cast member the next year, and went on to establish himself by playing such recurring characters as Lenny the Lion and Joe Blow. In early 1998, Quinn began anchoring the Weekend Update segment after its former host, Norm Macdonald, was fired. During his tenure, Quinn covered various highly publicized news stories, notably the Clinton-Lewinsky sex scandal.

Following his departure from "SNL," Quinn hosted his own short-lived program, "The Colin Quinn Show," in 2002. He had better success with his next show, Comedy Central's "Tough Crowd with Colin Quinn," which ran on weekdays from 2002 to 2004. On the program, a panel of four comedians talked about current political and social news, with Quinn presiding as host.

As an actor, Quinn had a recurring role as Hermie on the series "Girls" from 2013 to 2017. During this time, he also appeared on the adult animated series "The Awesomes" and the sketch comedy series "Inside Amy Schumer." In 2020, Quinn stepped behind the camera to direct the HBO Max comedy special "Colin Quinn & Friends: A Parking Lot Comedy Show." 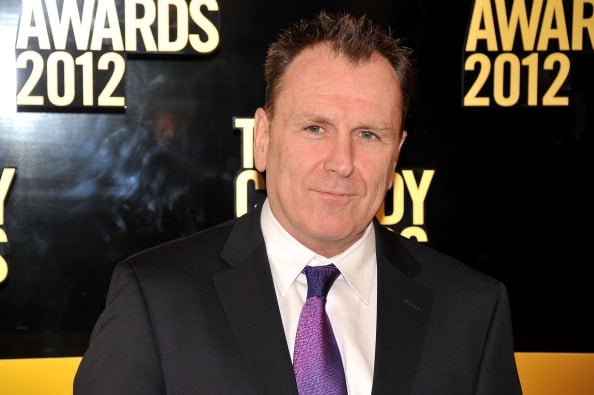 Quinn made his feature film debut with a bit part in the 1987 comedy "Three Men and a Baby." He subsequently appeared in "Crocodile Dundee II," "Married to the Mob," and "Who's the Man?" In 1998, Quinn appeared opposite many of his fellow "SNL" cast members in the comedy "A Night at the Roxbury," based on a recurring sketch from the show.

After appearing as himself in the 2006 New York documentary "Home," Quinn had a supporting role in the comedy film "Harold," starring Spencer Breslin, Ally Sheedy, and Cuba Gooding Jr. In 2010, he had one of his most notable film roles yet in the comedy "Grown Ups," starring Adam Sandler, Kevin James, Chris Rock, David Spade, and Rob Schneider. Quinn played Dickie Bailey, a restaurant chef and former childhood rival of Sandler's character. He reprised the role in the film's 2013 sequel. Quinn's other film credits have included such comedies as "Trainwreck," "Sandy Wexler," "Drunk Parents," and "Hubie Halloween."

On stage, Quinn made his Broadway debut in the 1998 one-man show "Colin Quinn: An Irish Wake," which focused on his Irish-American upbringing in Brooklyn. He had his second one-man show, "My Two Cents," in 2009. This was followed by "Colin Quinn Long Story Short," directed by Jerry Seinfeld for Broadway; a recorded performance of the show later aired on HBO. Quinn's subsequent one-man shows have included 2013's "Unconstitutional," 2015's "The New York Story," and 2019's "Red State Blue State." All of his shows are available to stream through either HBO or Netflix.

Quinn has branched out to many other media beyond television and film. He served as the unofficial cohost of the "Nick DiPaolo Show" on 92.3 Free FM in New York City, and was a regular guest on the "Opie & Anthony Show" through 2014. Additionally, Quinn wrote and starred in the web series "Cop Show," which featured guests including Jerry Seinfeld, Chris Rock, Michael Che, Jim Norton, and Jim Gaffigan.

As a writer, Quinn made his debut in 2015 with "The Coloring Book: A Comedian Solves Race Relations in America," which explores his experiences growing up in Brooklyn's ethnically diverse Park Slope neighborhood. He released his second book, "Overstated: A Coast-to-Coast Roast of the 50 States," in 2020.

In his early adulthood, Quinn was known to drink heavily. He swore off alcohol in the 80s after having had too many bad experiences, including arrests and blackouts. In February of 2018, Quinn suffered a heart attack in New York.

In June of 2019, Quinn married Jen Sochko, a producer on "Late Night with Seth Meyers." 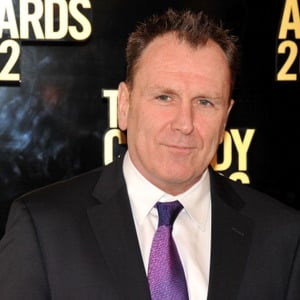