How much is Colin Mochrie Worth?

Colin Mochrie net worth: Colin Mochrie is a Canadian stand-up comedian and actor who has a net worth of $1 million dollars. Colin Mochrie was born in Kilmarnock, Scotland, and grew up in Montreal, Quebec and Vancouver, British Columbia. Originally, he wanted to become a marine biologist, but after appearing in a school play, he shifted his focus to performance. He went on to attend Studio 58 in Vancouver, and began focusing on improvisational comedy. He began working for the Vancouver TheatreSports League in 1980, and then went on to work with the national touring company of Second City Improv. After leaving Second City, he chose to focus on his family for a bit, and then auditioned to join the British cast of "Whose Line Is It Anyway". He was turned down twice before finally being cast, and he went on to appear on the popular improvisational comedy show for the next seven years. He then went on to co-star on the American version of the show for its entire eight-year run, as well. He has since guest-starred on numerous television shows and in films, and also regularly appears in commercials. 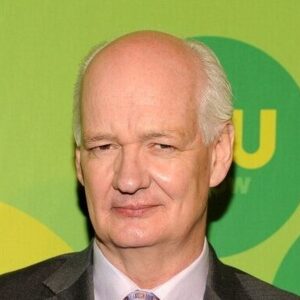