What is Colin Jost's Net Worth and Salary?

Colin Jost is an American stand-up comedian, actor, and writer who has a net worth of $10 million. He is best known for hosting the Weekend Update segment with Michael Che on "Saturday Night Live."

As a main cast member and writer who has been with the show since 2014, Colin earns $25,000 per episode of SNL. Assuming he makes at least one appearance on all 21 episodes per year, Colin would make around $525,000 per season of SNL.

Colin Jost was born on June 29th, 1982 in Staten Island, New York City, New York. His father worked as a teacher at Staten Island Technical High School, and his mother was the chief medical officer for the New York City Fire Department. He and his brother were raised in the Roman Catholic faith and lived in the Grymes Hill neighborhood of Staten Island. His brother works in comedy as well. Casey Jost appeared in the 2015 comedy film "Staten Island Summer," which was written by and also stars his brother, and he works as a writer for the television show "Impractical Jokers." He attended Regis High School and then was accepted into Harvard University. During his time at Harvard, he wrote for The Harvard Lampoon, a student-run comedy publication.

While enrolled at Harvard, Jost appeared on the NBC television game show "The Weakest Link." He won a lofty sum of $5,250 competing on the show. After graduating from Harvard, Jost got a job working as a reporter and editor for daily newspaper the Staten Island Advance. He then worked on the Nickelodeon television series "Kappa Mikey," which was produced by Larry Schwarz and ran from 2006 to 2008.

After leaving the show, he sent a sample packet of his writing and an application to "Saturday Night Live." He was hired as a writer for the show in 2005, and being only twenty-two years old at the time, Jost was one of the youngest writers the show had hired. In 2009, he was promoted to writing supervisor, and he was named the "New Face" of the Montreal Just for Laughs comedy festival. He remained in his role of writing supervisor until 2012.

Following the 2013 season, Lorne Michaels asked Jost if he was interested in doing the Weekend Update feature because Seth Meyers was leaving to host "Late Night with Seth Meyers." Jost accepted and began doing the Weekend Update feature in the next season. He has stated that he draws from the work of Norm Macdonald and Tina Fey for his Weekend Update material and the comedic tone. He also wrote an episode for Seth Meyer's show as well as an episode of the television series "Funny as Hell." Although he mainly does the Weekend Update features, he occasionally appears in other sketches. He portrayed John Kasich in a sketch of the Republican primary debates for the 2016 presidential election cycle, and for the 2020 democratic primary debates, he portrayed Pete Buttigieg who he had lived with while they both attended Harvard. In 2017, he returned to his role as head writer for "Saturday Night Live." 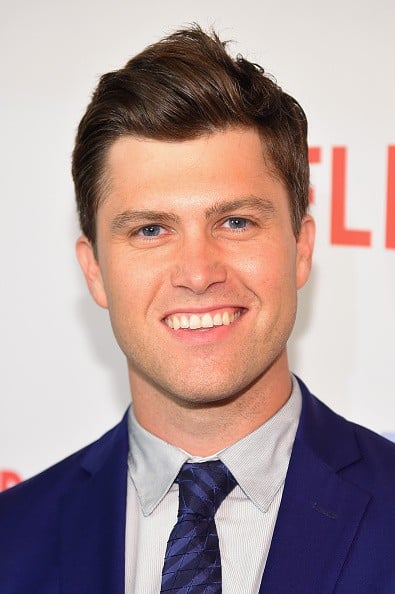 SNL Acclaim and Other Work

While writing for and starring on "Saturday Night Live," Jost continued to work on other writing and film projects. He wrote the 2015 comedy "Staten Island Summer," which was loosely based on his experiences growing up and starred Fred Armisen, Will Forte, and Ashley Greene. The film, produced by Lorne Michaels and John Goldwyn, didn't see a theatrical release and was instead released digitally on Netflix. In the following year, he made an appearance in the romantic comedy "How to Be Single" alongside Dakota Johnson, Rebel Wilson, and Leslie Mann. The movie was a box office success, grossing over $112 million against a $38 million budget. He had a voice acting role in the live-action animated film "Tom & Jerry," which was released in early 2021.

Excluding "Saturday Night Live," his acting career in television and film is sparse, and he more so focuses on comedy writing and standup comedy. He has made appearances on "Late Night with Jimmy Fallon," "Impractical Jokers," "Inside Jokes," "Live with Kelly and Ryan," "Today," "Jimmy Kimmel Live," "Late Night with Seth Meyers," as well as "The Ellen DeGeneres Show." He has returned to the Just for Laughs comedy festival several times both in Montreal and Chicago. Jost has had his writings published in the New Yorker, The Huffington Post, Radar, and The Staten Island Advance. Additionally, he has written several pieces as a contributor to The New York Times Magazine.

Jost and his Weekend Update co-host Michael Che were special correspondents for "WrestleMainia 35," a pay-per-view wrestling event that was released in March of 2019. In July of 2020, he published a memoir titled "A Very Punchable Face: A Memoir," and it made it onto the "New York Time Bestseller List."  He has been nominated for fourteen Primetime Emmy Awards for his work on "Saturday Night Live," and he has won three Writer's Guild of America Awards.

Before meeting his current wife, Jost dated actress and comedian Rashida Jones. He began dating actress Scarlett Johansson in May of 2017, and they became engaged two years later. The couple tied the knot in October of 2020 in a private, small ceremony. She has a daughter from her previous marriage to French businessman Romain Dauriac. 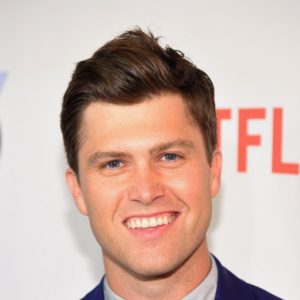