Chuy Bravo net worth and salary: Chuy Bravo was an American talk-show icon who had a net worth of $1.5 million and salary of $500 thousand per year at his peak. Chuy Bravo has earned his net worth as the the side-kick of comedian/talk show host Chelsea Handler. Bravo alongside Handler appeared on the late night comedy talk-show Chelsea Lately until the show ended in the summer of 2014. He started on the show as TV hostess Chelsea Handler's personal assistant and went on to be a fan favorite.

Chuy has seven siblings and he and his family relocated from Mexico to the United States when he was fifteen years old. He graduated from Sylmar High School and open ed his own business providing janitorial services to local businesses and later he worked as an electro-mechanic assembling PC boards. In his pursuit for Hollywood Stardom he landed his first role in the movie "Austin Powers 3: Gold Member" as well as "The Rundown," which also starred The Rock, and the blockbuster the "Pirates of the Caribbean: At World's End." He started the "Little Nugget Foundation" in December of 2009 which is a charity to help people suffering from drug and alcohol addiction, they are committed to opening a rehabilitation center in Tangancicuaro, Michoacan Mexico which is Chuy's hometown. He became an author after the released of his first book "Little Nuggets of Wisdom," on April 1, 2010, a book which helps people to live and love the Chuy Bravo way. 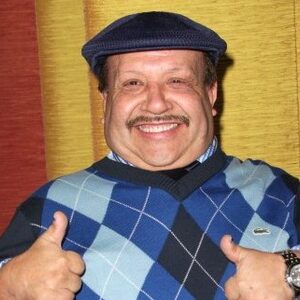