Chuck Nice Net Worth: Chuck Nice is an American stand-up comic, actor, and radio personality who has a net worth of $1 million. Chuck Nice was a host for QBC's sister show Q2 was heard on The Radio Chick on 92.3 Free FM in New York. Nice has frequently contributed to VH1's Best Week Ever as well as truTV's The Smoking Gun Presents: World's Dumbest….

Nice can be seen performing regularly at Comic Strip Live and HA! Comedy Club in New York City. He appeared in a commercial for Enterprise Rent-A-Car. Nice also guest co-hosts Morning Joe on MSNBC and the radio show StarTalk. Nice hosts the Top 10 Countdown on the Centric Network and HGTV's Buy Like a Mega-Millionaire. He has also appeared on the TV series Cinematherapy, The Morning Show with Mike & Juliet, Who Wants to Be a Millionaire, 100 Greatest Songs of the 00s, The Hot 10, Home Strange Home, Bethenny, Today, and Politics Nation with Al Sharpton. 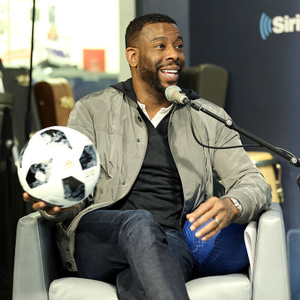