What Is Christopher Guest's Net Worth?

Christopher Guest, 5th Baron Haden-Guest, is an American-British actor, comedian, director, screenwriter, producer, and musician who has a net worth of $60 million. That is a combined net worth with his wife of several decades, actress Jamie Lee Curtis. Guest is best known for writing, directing, and starring in the mockumentary films "Waiting for Guffman" (1996), "Best in Show" (2000), "A Mighty Wind" (2003), "For Your Consideration" (2006), and "Mascots" (2016). He also wrote and starred in 1984's "This Is Spinal Tap" and co-created, wrote, directed, produced, and starred on the 2013 HBO series "Family Tree."

Christopher Guest was born Christopher Haden-Guest on February 5, 1948, in New York City. His father, Peter Haden-Guest (who eventually became known as the 4th Baron Haden-Guest) was a British U.N. diplomat, and his mother, Jean Pauline Hindes, was an American who had worked at CBS as the  vice president of casting. Christopher and his younger brother, Nicholas, spent some of their childhood in the U.K., and they have an older half-brother, writer/reporter Anthony Haden-Guest. Christopher attended New York City's High School of Music & Art and studied clarinet at the Stockbridge School in Massachusetts. While attending Stockbridge, he learned to play the mandolin and played guitar with his classmate Arlo Guthrie, a future Grammy-nominated folk singer-songwriter. After graduating from high school, Guest spent a year at Bard College, then he enrolled in the Graduate Acting Program at New York University Tisch School of the Arts, graduating in 1971. 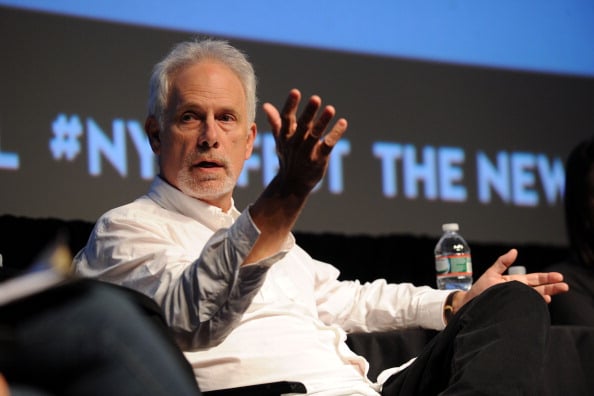 In 1996, Guest played Corky St. Clair in "Waiting for Guffman," which he also co-wrote and directed, and he directed the 1998 Chris Farley-Matthew Perry film "Almost Heroes." Christopher co-wrote, directed, and starred in 2000's "Best in Show," in which he played Harlan Pepper, then he starred as Alan Barrows in his next film, 2003's "A Mighty Wind." In 2006, he played Jay Berman in "For Your Consideration," and he reprised the role of Corky St. Clair in the 2016 Netflix film "Mascots," which he co-wrote with Jim Piddock. Guest co-created the 2013 documentary-style series "Family Tree," and he appeared as Dave Chadwick in three episodes of the show. He directed all eight episodes of the series and served as an executive producer. Christopher also directed the TV movies "Attack of the 50 Ft. Woman" (1993), "D.O.A." (1999), and "The Thick of It" (2007) and the documentary "Loudon Wainwright III: Surviving Twin" (2018), and in 2010, the United States Census Bureau spent $2.5 million on a Guest-directed commercial that was shown during Super Bowl XLIV. In 2020, he took part in a "Princess Bride" reunion, reprising the role of Count Tyrone Rugen in a virtual reading to raise funds for Wisconsin Democrats.

Christopher married actress Jamie Lee Curtis on December 18, 1984, at the home of actor/filmmaker Rob Reiner. The couple adopted two daughters, Annie (born December 1986) and Ruby (born March 1996). Ruby is transgender, and in July 2021, Jamie Lee told "AARP" that she and Christopher "have watched in wonder and pride as our son became our daughter Ruby. And she and her fiancé will get married next year at a wedding that I will officiate." Because Annie and Ruby are not Guest's biological daughters, they aren't eligible to inherit the family barony (which Christopher received after his father's death in 1996), making Guest's younger brother, Nicholas, the heir presumptive. His half-brother, Anthony, is ineligible because his parents were not yet married at the time of his birth. Christopher and Jamie Lee co-founded the non-profit organization Syzygy Foundation, which is dedicated to environmental causes and children's health. Guest received an honorary doctorate from Berklee College of Music and sits on the school's board of trustees.

Guest has received two Grammy nominations, winning Best Song Written for a Motion Picture, Television or Other Visual Media for "A Mighty Wind" from the film of the same name in 2004; his other nomination was for Best Comedy Album for Spinal Tap's "Back From the Dead" in 2010. In 1976, Christopher and his fellow writers of "The Lily Tomlin Special" won a Primetime Emmy for Outstanding Writing in a Comedy-Variety or Music Special," and in 2001, he earned a Writers Guild of America Award nomination for Best Screenplay Written Directly for the Screen for 'Best in Show." He received a Comedy Film Honor for Best Director for "A Mighty Wind" at the 2004 US Comedy Arts Festival, and the film also earned him a Broadcast Film Critics Association Award for Best Song, a Seattle Film Critics Award for Best Music (as well as a nomination for Best Screenplay, Original), and a Florida Film Critics Circle Award for Best Ensemble Cast. Guest received a National Board of Review Award for Best Acting by an Ensemble for "Mrs. Henderson Presents" (2005), a Lone Star Film & Television Award for Best Director for "Waiting for Guffman" (1998), and a DVD Exclusive Award for Best DVD Audio Commentary for "This Is Spinal Tap" (2001).

In 2016, Guest and Curtis paid $2.2 million for the house that sits next door to the Santa Monica home they've owned for more than 20 years. The 1,900 square foot home features three bedrooms and two bathrooms, and the property includes a swimming pool. 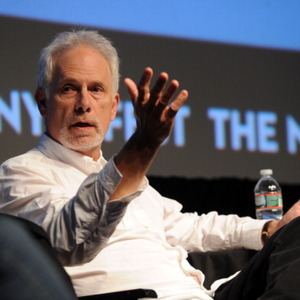