How much is Chris Spencer Worth?

Chris Spencer net worth: Chris Spencer is an American actor, comedian, writer, and producer who has a net worth of $2 million. Chris Spencer was born in Los Angeles, California in January 1968. Spencer hosted the syndicated late night talk show Vibe from the magazine of the same name. As an actor he appeared in the TV series In Living Color from 1992 to 1993. He starred in the TV series The Show and Trent Vance in 1996. Spencer played Curtis in The Jamie Foxx Show from 1999 to 2000. He starred as Devon in the TV series Significant Others in 2004. Spencer has starred in the movies Don't Be a Menace to South Central While Drinking Your Juice in the Hood, Blankman, A Low Down Dirty Shame, The Sixth Man, Fakin' Da Funk, Dill Scallion, Every Dog Has Its Day, All About You, Two Can Play That Game, Love Chronicles, Road Kings, Sin, Delta Farce, Redrum, Ball Don't Lie, Black Dynamite, Something Like a Business, The Perfect Gift, and Bad Ass. Spencer has written for the TV series Nick Cannon presents: Wild 'N Out and Real Husbands of Hollywood which he also has executive produced since 2013. For that show he was nominated for an Image Award for Outstanding Writing in a Comedy Series in 2014. 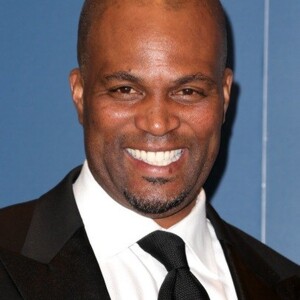