What Is Chris Parnell's Net Worth?

Chris Parnell is an American actor who has a net worth of $7 million. Parnell was a cast member on the NBC sketch series "Saturday Night Live" from 1998 to 2006, and he had a very memorable recurring role as Dr. Leo Spaceman on another NBC series, "30 Rock," from 2006 to 2013.

Chris is also known for starring in the "Lazy Sunday" video with Andy Samberg; the video went viral after airing on "SNL" in December 2005 and was named one of the "videos that changed YouTube forever" by "Business Insider" in 2020.

Chris Parnell was born Thomas Christopher Parnell in February 5, 1967, in Memphis, Tennessee. He grew up in a Southern Baptist household with father Jack (a radio personally) and mother Shirley. In a 2015 Reddit AMA (Ask Me Anything), Chris was asked about his heritage, and he responded, "My heritage I don't know, because I'm adopted, but based on information that the adoption agency got from my birth parents, they seem to think I was Irish, English and German." Parnell attended the Southern Baptist Educational Center and Germantown High School, and when he was 17, he decided that he wanted to pursue a career as a stage actor. After graduation, he enrolled at the University of North Carolina School of the Arts, where he earned a BFA in Drama. Chris then moved to Houston, Texas, and joined an apprentice actor program at the Alley Theatre. He was not asked to join the theatre company after his apprenticeship, so he returned to Memphis and spent a year teaching at Germantown High School. In 1992, Parnell moved to Los Angeles and began taking classes at the Groundlings.

While he was a company player with the Groundlings, Chris started acting in commercials and landing guest roles on TV shows such as "Hope & Gloria" (1996), "Seinfeld" (1997), and "The Jamie Foxx Show" (1997). He made his big screen debut in 1996's "Jingle All the Way," and in 1998, he was hired as a featured player on "Saturday Night Live." He was promoted to a full cast member the following season, and in 2001, he was fired due to budget cuts, but his absence didn't last long. As Parnell joked in a November 2002 "SNL" rap, "Lorne liked me so much he hired me twice." In September 2006, after appearing in more than 140 episodes of the show, Chris was the victim of budget cuts once again, but he quickly found a new role, thanks to his former "SNL" castmate Tina Fey: Dr. Leo Spaceman on "30 Rock." Quite possibly the world's worst (but most entertaining) doctor, Dr. Spaceman was featured in 24 episodes of the series and was reportedly "sort of loosely based on Lorne Michaels' real life doctor." 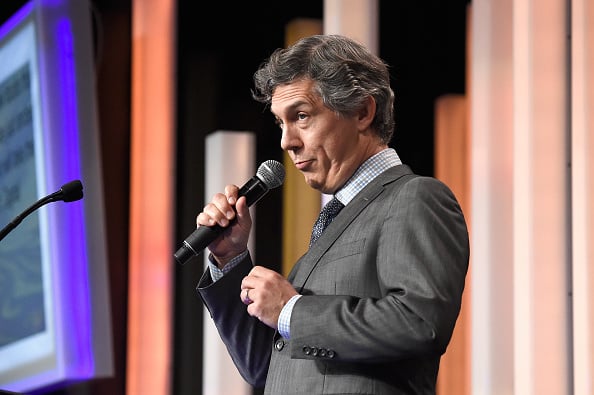 Parnell appeared in the 2000 "SNL" spin-off movie "The Ladies Man," then he co-starred with fellow University of North Carolina School of the Arts alum Diedrich Bader in 2003's "Evil Alien Conquerors." That year he also appeared in the film "Down with Love," and in 2004, he played Garth Holliday in "Anchorman: The Legend of Ron Burgundy" and "Wake Up, Ron Burgundy: The Lost Movie." Chris reprised the role in 2013's "Anchorman 2: The Legend Continues." In 2007, he co-starred with Andy Samberg, Isla Fischer, Bill Hader, and Danny McBride in "Hot Rod" and with John C. Reilly, Jenna Fischer, Tim Meadows, and Kristen Wiig in "Walk Hard: The Dewey Cox Story." In 2008, Parnell played Vice Principal Bruce Terry on the ABC series "Miss Guided," then he appeared in the films "Paper Man" (2009), "Labor Pains" (2009), "Hollywood & Wine" (2010), and "The Dogfather" (2010) and reunited with his former "SNL" co-star Horatio Sanz on the Comedy Central sitcom "Big Lake" (2010).

Chris is married with two children, and his wife is reportedly a former actress. 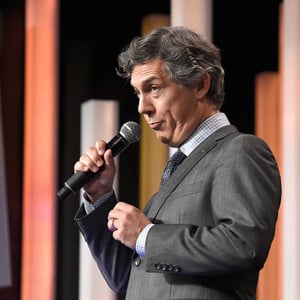