Chris Hardwick Net Worth and Salary: Chris Hardwick is an American comedian, entrepreneur, and television host who has a net worth of $25 million. He is probably best known for "Talking Dead," an aftershow that airs discussions about AMC's series "The Walking Dead" and "Fear the Walking Dead." He went on to create many other podcasts for different series, following the same general format as with "Talking Dead."

Hardwick is the creator of Nerdist Industries, an entertainment company that hosts podcasts, creates YouTube videos, and publishes news articles. Chris is also an accomplished actor, and he has appeared in a number of film and television projects. In addition, Hardwick is an established voice actor.

Early Life: Christopher Ryan Hardwick was born on November 23rd of 1971 in Louisville Kentucky. Raised in a Roman Catholic household, Chris is the son of former professional ten-pin bowler Billy Hardwick. He first met comedian Joan Rivers at the age of four, and this meeting sparked a lifelong friendship.

Although he was born in Louisville, Chris was raised in Memphis, where he became the Memphis City Junior High Chess Champion. He attended high school in Cordova before moving to Los Angeles for his senior year. After graduating from high school, he attended UCLA, where he studied philosophy and became roommates with Wil Wheaton.

Career: Hardwick started his career as a radio DJ in the 90s, but soon started hosting the MTV game show "Trashed." He then hosted the MTV dating game show "Singled Out." His acting career began with a role in "Guys Like Us." After the show was canceled in 1999, Chris started collaborating with Rob Zombie, booking roles in his films "House of 1000 Corpses" and "Halloween II." He also appeared in "Terminator 3: Rise of the Machines."

In 2010, Hardwick started hosting the "Nerdist Podcast." In 2011, he started hosting "Talking Dead," which became incredibly popular. He followed up with the "Breaking Bad" aftershow "Taking Bad," and "Talking Saul," which was based on "Better Call Saul." In 2011, he also established Nerdist Industries, which he called his "nerd media empire." In 2012, Nerdist Industries was acquired by Legendary Entertainment, with Hardwick staying on as co-president.

Outside of these activities, Chris Hardwick is an established stand-up comedian. Hardwick is also an accomplished voice actor with credits in "The Batman," "Lego Dimensions," "The Legend of Korra," and "Sanjay and Craig." He voiced the character of Vaughn in video games like "Tales from the Borderlands" and "Borderlands 3." In addition, Hardwick has appeared on shows like "CSI: Crime Scene Investigation," "Married… with Children," "Boy Meets World," and "Zoey 101." 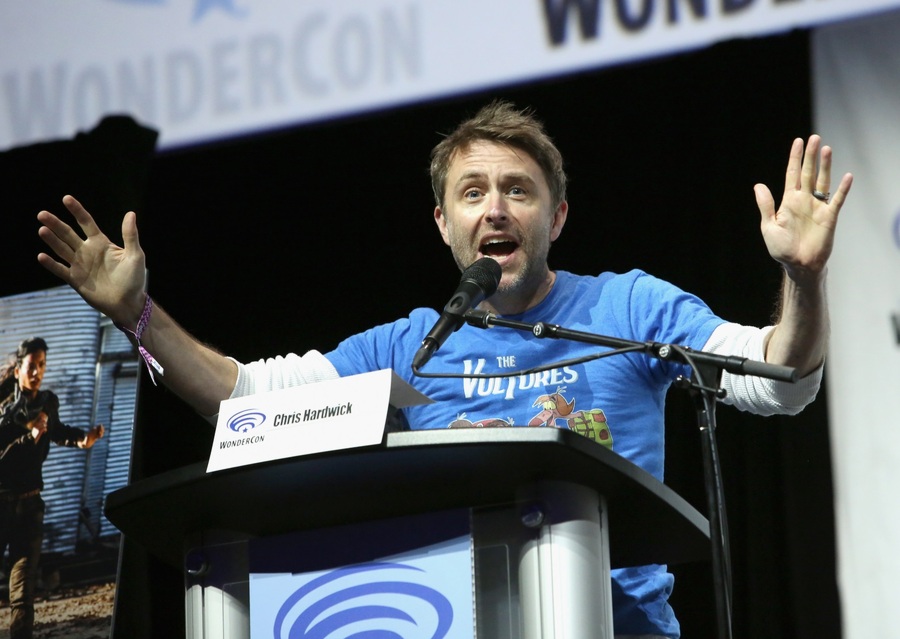 Controversy: In 2018, Chris Hardwick's ex-girlfriend Chloe Dykstra published an essay claiming that she had been sexually abused by a former boyfriend. Although she didn't name any names, Dykstra stated that this ex-boyfriend was 20 years her senior, and that he was the CEO of his own company. The public put two and two together, and Hardwick was immediately embroiled in controversy. In a knee-jerk reaction, the Nerdist purged its website of any mention of Hardwick's name. AMC followed suit, canceling all future episodes of "Talking with Chris Hardwick" and dismissing Hardwick altogether.

Chris denied all of Dykstra's accusations, stating that he never sexually abused her. Three of Hardwick's ex-girlfriends and his wife also defended him, stating that they had never experienced anything like that from Chris. On the other hand, several figures anonymously stated that they were industry professionals and that they weren't surprised about the allegations.

TMZ then published text messages that were apparently sent between Hardwick and Dykstra in the days after their split. These messages apparently revealed that Dykstra had been unfaithful to him with another man known only as "Sam." Dykstra repeatedly expressed her desire to reconcile and get back together in these unvalidated messages.

Later in 2018, AMC announced that they had found no evidence to corroborate Dykstra's allegations, despite a lengthy investigation. As a result, Hardwick was reinstated with the network and he began to host podcasts again. Dykstra had refused to participate in the investigation for unknown reasons. The Nerdist also backtracked, and once again placed references to its founder on their website.

Real Estate: In 2015, it was reported that Chris Hardwick had purchased an estate in Los Feliz for $11 million. The property was built in 1928 with Italian design influences, and it originally hit the market for $12 million. The extensive, 8,240-square-foot house sits on about half an acre of land and features Corinthian columns, hand-carved ceilings, and a curving staircase.

In 2016, Hardwick sold a property in Hollywood Hills for $3.477 million in an off-market deal. The property features 5,100 square feet of living space, Venetian plaster walls, and an art studio. Terrace gardens and a Juliet balcony complete the impressive property. Chris originally listed the home for $4.05 million before relisting it for a lower price.

In 2018, he paid $5.25 million for a historic property in Los Angeles. Located in the neighborhood of Eagle Rock in the San Rafael Hills, the estate was built back in 1925 and is known as "Chateau Emanuel." It features 8,900 square feet of living space and sits on a 3-acre plot of land. The luxurious abode also boasts an incredible outdoor area with fountains, a pool, and a croquet court. 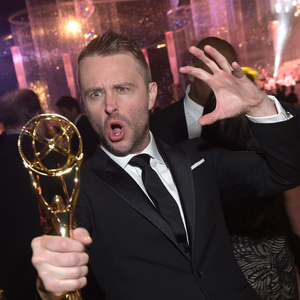