Chris Gethard net worth: Chris Gethard is an American actor, comedian, and writer who has a net worth of $1.5 million. Chris Gethard was born in West Orange, New Jersey in May 1980. He is known for hosting his talk show The Chris Gethard Show based in New York City since 2011. As an actor Gethard starred as Josh Franklin on the television series Big Lake in 2010.

From 2012 to 2013 he had a recurring role as Blujay on the TV series The Side Car. Gethard starred as Todd on the series Broad City from 2014 to 2016. He has appeared in the films May the Best Man Win, The Other Guys, A Novel Romance, The Dictator, Iron Man 3, The Angriest Man in Brooklyn, and Don't Think Twice. He has also appeared in episodes of the TV series Hope & Faith, The Office, Parks and Recreation, UCB Comedy Originals, and Inside Amy Schumer. Gethard has produced the TV series The Special Without Brett Davis since 2015. He also released the album My Comedy Album in 2014. 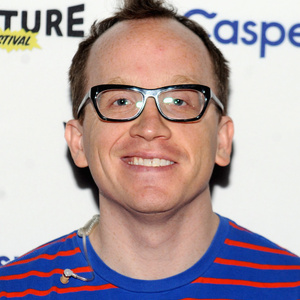