What Is Cheri Oteri's Net Worth and Salary?

Cheri Oteri was born Cheryl Ann Oteri on September 19, 1962, in Upper Darby, Pennsylvania. Cheri is the daughter of Patricia Breen and Gaetano Thomas Oteri, and she has three siblings, Tommi Jr., Denise, and Brian. Cheri's father was the founder and CEO of a music publishing company called Of Music. Sadly, he was stabbed to death in Nashville, Tennessee, in 2008, and his roommate, Richard Fagan, was arrested for the murder. Fagan and Cheri's father wrote two songs that became #1 hits for country singer John Michael Montgomery.

Oteri moved to Los Angeles when she was 25 years old and spent four years working at A&M Records. In 1995, she joined The Groundlings comedy troupe, and when "Saturday Night Live" producers came to a performance to see Chris Kattan, they were impressed by Cheri and asked her to audition. She joined the cast of "SNL" in September 1995 and became known for recurring characters such as Arianna the Spartan Cheerleader, Rita DelVecchio, "Morning Latte" host Cass Van Rye, and Collette Reardon. Oteri also did impersonations of Barbara Walters, Debbie Reynolds, Ross Perot, and Mariah Carey. Cheri stayed on the show until 2000 and appeared in more than 90 episodes. During an appearance on "Kevin Pollak's Chat Show," Oteri revealed that Chevy Chase slapped her on the back of her head when he was hosting "SNL" in 1997. The incident reportedly led to Chase being banned from hosting the show in the future. 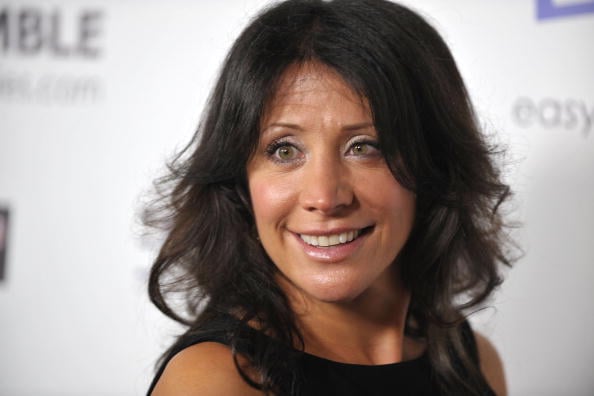 In 1997, Cheri made her big screen debut in the Jim Carrey comedy "Liar Liar," had an uncredited role as a flight attendant in "Austin Powers: International Man of Mystery," and began a two-episode stint as Cindy on NBC's  "Just Shoot Me!," which earned her a Primetime Emmy nomination. Oteri appeared in the films "Inspector Gadget" (1999), "Love & Sex" (2000), and "Lured Innocence" (2000), and she played reporter Gail Hailstorm in "Scary Movie," which grossed $278 million against a $19 million budget. She guest-starred on "Strangers with Candy" (2000), "Ally McBeal" (2001), and "Curb Your Enthusiasm" (2002), and in 2003, she starred in the films "Sol Goode" and "Dumb and Dumberer: When Harry Met Lloyd." Cheri appeared in the TV movie "Stephen's Life" (2005) and the films "Surviving Eden" (2004) and "Smile" (2005), and in 2006, she voiced Doreen Nickle in "The Ant Bully" and co-starred with Dwayne Johnson, Seann William Scott, Sarah Michelle Gellar, Mandy Moore, and Justin Timberlake in "Southland Tales." Cheri voiced Sleeping Beauty in the 2007 hit "Shrek the Third," which brought in $813.4 million at the box office, and the following year, she guest-starred on "Boston Legal" and appeared in the films "Surveillance" and "Private Valentine: Blonde & Dangerous."

From 2008 to 2012, Cheri had a recurring role on the web series "Easy to Assemble," which was created by actress Illeana Douglas. In 2009, she voiced librarian Helen Klench on "Sit Down, Shut Up" alongside Will Arnett, Jason Bateman, Kristin Chenoweth, Will Forte, Kenan Thompson, and Henry Winkler. Oteri appeared in the films "And They're Off" (2011) and "Bad Parents" (2012), and in 2013, she co-starred with "SNL" alums Adam Sandler, Chris Rock, David Spade, and Maya Rudolph in "Grown Ups 2." She guest-starred on "Jessie" (2013), "Hot in Cleveland" (2014), and "Comedy Bang! Bang!" (2015), and she appeared in the Hallmark Hall of Fame movie "Christmas in Conway" in 2013 and the comedy "Wishin' and Hopin'" in 2014. Cheri had a recurring role as Cathy Goodman on the sitcom "Those Who Can't" in 2016, and that year she also guest-starred on Fox's "Scream Queens" and the YouTube Red series "Bad Internet." In 2017, she appeared in the teen comedy "F the Prom" alongside "Riverdale" star Madelaine Petsch and former "Beverly Hills, 90210" star Ian Ziering. In 2019, Oteri guest-starred on "Crazy Ex-Girlfriend" and appeared in the films "Benjamin" and "Drama Drama," followed by 2020's "Give or Take" and 2021's "Last Call."

In 2000, Oteri earned a Primetime Emmy nomination for Outstanding Guest Actress in a Comedy Series and an Online Film & Television Association Award nomination for Best Guest Actress in a Comedy Series for "Just Shoot Me!" She won a Blockbuster Entertainment Award for Favorite Supporting Actress – Comedy for "Scary Movie" in 2001″ and a Festival Award for Best Supporting Actress for "Bad Parents" at the 2013 Hoboken International Film Festival. In 2010, Cheri and her "Easy to Assemble" co-stars shared a Streamy Award for Best Ensemble Cast in a Web Series, and in 2020, the "Give or Take" cast was named Best Ensemble at Out on Film, Atlanta's LGBTQ Film Festival. In 2015, Oteri earned a Behind the Voice Actors Award nomination for Best Female Vocal Performance in a Television Series in a Guest Role – Comedy/Musical for "The 7D." 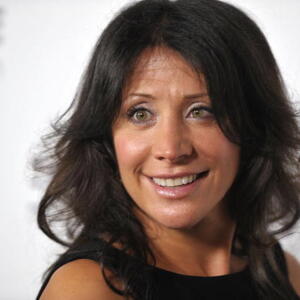