Cheech Marin Net Worth: Cheech Marin is an American comedian, actor, and writer who has a net worth of $30 million. Marin is best known for his work in the comedy duo Cheech & Chong, alongside Tommy Chong. The duo released 11 albums (including stand-up comedy, soundtracks, and compilations), winning a Grammy for 1974's "Los Cochinos," and they starred in several films together, such as "Up in Smoke" (1978), "Cheech and Chong's Next Movie" (1980), and "Still Smokin" (1983).

Early Life: Cheech Marin was born Richard Anthony Marin on July 13, 1946, in South Los Angeles, California. His mother, Elsa, was a secretary, and his father, Oscar, was a police officer with the LAPD. Both of Cheech's parents were Mexican-American, and he identifies as Chicano. As a child, he underwent surgery to repair a cleft lip, and he got the nickname "Cheech" as a baby when his uncle said he looked like a chicharrón (fried pork rind). Marin attended Bishop Alemany High School, then enrolled at San Fernando Valley State College (now known as California State University, Northridge), where he studied English and joined the Phi Sigma Kappa fraternity. Cheech moved to Vancouver, British Columbia, in the late 1960s to avoid being drafted during the Vietnam War.

Career: Marin met Tommy Chong in Vancouver, and the two began performing together in an improv troupe, then teamed up as a stand-up comedy duo. They released their debut comedy album, "Cheech and Chong," in 1971, and it went Gold in the U.S., as did 1972's "Big Bambu," 1973's "Los Cochinos," and 1974's "Cheech & Chong's Wedding Album." Cheech & Chong made their first feature film, "Up in Smoke," in 1978, and it grossed $44.3 million at the box office (which, according to a 2018 "Forbes" article, equals approximately $151 million after adjusting for inflation). Beginning with 1980's "Cheech and Chong's Next Movie," the pair released one film per year until the mid-1980s, starring in "Nice Dreams," "Things Are Tough All Over," Still Smokin," "Cheech & Chong's The Corsican Brothers," and "Get Out of My Room." Cheech and Chong split up in 1985, but sporadically worked together in the 1990s and early 2000s, doing voice acting in the 1992 film "FernGully: The Last Rainforest" and a 2000 episode of "South Park," and Chong guest-starred on "Nash Bridges" in 1997. In 2008, they reunited for the "Light Up America" comedy tour, and they were roasted by fellow comedians and actors on the TBS special "Cheech & Chong: Roasted." They voiced themselves on "The Simpsons" in 2011, and they co-starred in "Cheech & Chong's Animated Movie!" in 2013.

In recent years, Cheech has voiced characters in "The Book of Life" (2014), "El Americano: The Movie" (2016), and "Coco" (2017), and he appeared in the 2020 film "The War with Grandpa" and was the subject of the 2019 documentary "The Cheech: An American Icon's Crusade for the Chicano Art Movement." He released the best-selling children's albums "My Name is Cheech, the School Bus Driver" (1992) and "My Name is Cheech, the School Bus Driver 'Coast to Coast'" (1997), and he can be heard in numerous video games, including "Kingdom Hearts II" (2006), "Scarface: The World is Yours" (2006), and "Disney Infinity" (2013). In 2010, Marin defeated actress Aisha Tyler and journalist Anderson Cooper in the "Celebrity Jeopardy" Million Dollar Celebrity Invitational, and he competed on the Food Network's "Rachael vs. Guy: Celebrity Cook-Off" in 2012. 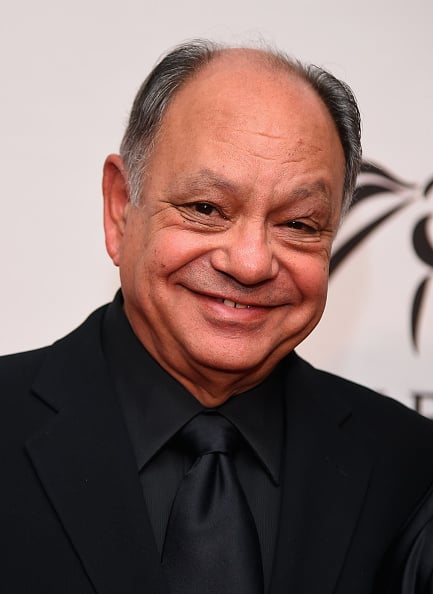 Personal Life: Cheech married Darlene Morley on November 1, 1975, and they had one child before divorcing in 1984. Darlene appeared in a few early Cheech & Chong films under the name Rikki Marin, and she co-produced "Cheech & Chong's The Corsican Brothers." Marin wed artist Patti Heid on April 1, 1986, and they had two children together. Cheech and Patti divorced in 2009, and Marin married pianist Natasha Rubin on August 8th of that year. An avid art collector for decades, Cheech's collection includes pieces by Diego Rivera and Ed Ruscha, and he owns dozens of works by several other prominent Chicano artists. In 2017, it was announced that Marin was establishing The Cheech Marin Center for Chicano Art, Culture & Industry in Riverside, California, which will house more than 700 pieces from his art collection. Cheech has undergone knee replacement surgery twice and has said that he managed his post-surgical pain with cannabis products.

Awards and Nominations: Cheech & Chong have been nominated for six Grammys, winning Best Comedy Recording for "Los Cochinos" in 1974. The ALMA Awards honored Marin with a Community Service Award in 1999 and a Special Achievement Award for Outstanding Career Achievement in 2012. He also earned ALMA Award nominations for his work in "Race to Witch Mountain," "Funny Flubs & Screw-Ups V," "Paulie," "Nash Bridges," and the "2nd Annual Latino Laugh Festival." Cheech won three awards at the 1987 Havana Film Festival for "Born in East L.A." – Best Screenplay, the Glauber Rocha Award, and Grand Coral – Third Prize. He was named Best Supporting Actor for "Dark Harvest" at the 2016 Oregon Independent Film Festival, and he received a Creative Achievement Award at the 2001 Imagen Foundation Awards. Marin also earned an American Comedy Award nomination for Funniest Supporting Actor in a Motion Picture for "Tin Cup" and NCLR Bravo Award nominations for "Nash Bridges" (Outstanding Actor in a Drama Series), "Latino Laugh Festival" (Outstanding Performance by a Male in a Variety or Music Series/Special), and "Tin Cup" (Outstanding Actor in a Feature Film).

Real Estate: Over the years, Marin has owned a number of impressive homes in Malibu, California. Cheech and second wife Patti Heid bought several homes in the 1990s, before splitting up in 2009. At their peak, their main property actually consisted of four contiguous properties. They began buying Malibu properties in 1996, and Patti received at least two of the properties in their divorce settlement. Cheech sold at least one of the remaining properties around 2010 for $6 million. He appears to no longer own any of the original four properties acquired with Patti and instead owns a different Malibu home. 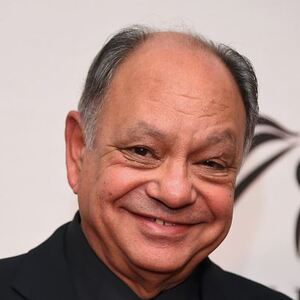