How much is Charles Nelson Reilly Worth?

Charles Nelson Reilly Net Worth: Charles Nelson Reilly was an American actor, comedian, director, and drama teacher who had a net worth of $5 million. Charles Nelson Reilly was born in South Bronx, New York in January 1931 and passed away in May 2007. He survived the 1944 Hartford Circus Fire and never sat in an audience again. Reilly directed opera productions for the Dallas Opera, Lyric Opera of Chicago, Portland Opera, San Diego Opera, and Santa Fe Opera. His first screen role came in the 1957 movie A Face in the Crowd. From 1968 to 1970 he starred in the TV series The Ghost & Mrs. Muir as Claymore Gregg. Reilly starred in the television series Lidsville in 1971 and Arnie from 1971 to 1972. He starred in the movies Cannonball Run II, Body Slam, All Dogs Go to Heaven, Rock-a-Doodle, A Troll in Central park, Babes in Toyland, and The Life of Reilly. On stage he appeared in productions of Bye, Bye Birdie, Hello, Dolly!, and more. Reilly also appeared in episodes of the TV series Car 54, Where Are You?, The Patty Duke Show, Arnie, The Flintstone Comedy Show, Goof Troop, Designing Women, The Drew Carey Show, The X-Files, and Millennium. Reilly also appeared on the game shows $10,000 Pyramid, Password Plus and Super Password, Match game, and The Match Game-Hollywood Squares Hour. Reilly was nominated for three Primetime Emmy Awards for The Ghost & Mrs. Muir, Millennium, and The Drew Carey Show. Charles Nelson Reilly passed away on May 25, 2007 from pneumonia at the age of 76. Before his death, his latest claim to fame in the internet era was when he achieved notoriety among the internet generation (many of whom had never even heard of Match Game, let alone any of Reilly's acting work) by being the subject of a death hoax, even going so far as to pose for a humorous photograph with a newspaper proclaiming his "death." 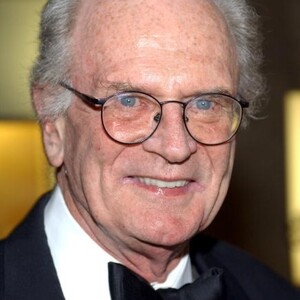