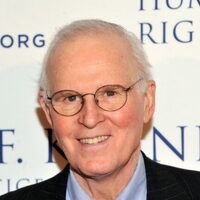 What Was Charles Grodin's Net Worth?

Charles Grodin was born Charles Sidney Grodin on April 21, 1935, in Pittsburgh, Pennsylvania. Charles grew up in an Orthodox Jewish household with mother Lena, father Theodore, and older brother Jack. His paternal grandfather's surname was Grodinsky, but he changed it to Grodin. Theodore was the owner of a store that sold wholesale supplies, and Lena worked at the business and did volunteer work with disabled veterans. Charles was the valedictorian of his class at Peabody High School, and he was elected class president every year he attended the school. After graduation, he enrolled at the University of Miami, but he later dropped out to pursue an acting career and studied at New York City's HB Studio with Uta Hagen. 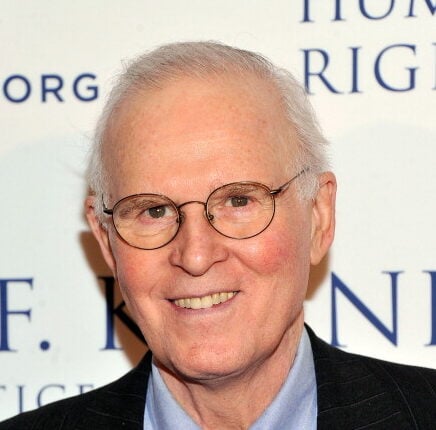 In 1990, Charles appeared in the film "Taking Care of Business" and the "The Muppets at Walt Disney World" episode of "The Magical World of Disney," and in 1992, he starred as George Newton in "Beethoven." He reprised his role in 1993's "Beethoven's 2nd," which was a hit like its predecessor, grossing $118.2 million at the box office. In 1993, Grodin co-starred with Kevin Kline and Sigourney Weaver in "Dave," Mike Myers and Nancy Travis in "So I Married an Axe Murderer," and Robert Downey Jr. in "Heart and Souls," then he starred in 1994's "Clifford" alongside Martin Short. That year he also appeared in the comedy "My Summer Story," and his next film was 2006's "The Ex," which co-starred Zach Braff, Amanda Peet, Jason Bateman, Amy Poehler, Paul Rudd, Amy Adams, and his "Rosemary's Baby" castmate Mia Farrow. Charles guest-starred on "Law & Order: Special Victims Unit" (2012) and "The Michael J. Fox Show" (2013), and he had a recurring role as Dr. Bigelow on the FX series "Louie" from 2014 to 2015. Grodin appeared in the 2014 films "The Humbling" and "While We're Young," and he co-starred with Robert De Niro, Leslie Mann, and Danny DeVito in 2016's "The Comedian." He portrayed businessman/philanthropist Carl Shapiro in the 2016 miniseries "Madoff," and his final film role was the 2017 drama "An Imperfect Murder."

Charles married Julia Andrews Ferguson on February 20, 1960, and they welcomed daughter Marion before divorcing in 1968. Marion followed in her father's footsteps and grew up to be a comedian. She wrote a book entitled "Standing Up: A Memoir of a Funny (Not Always) Life," and a review by Charles is featured on her website. Grodin's review reads, "I have not read this book, nor do I intend to read it, certainly not without some therapy or possibly medication. While I have happily received more public recognition than Marion, I cannot stand that she gets more laughs than I do, when we are around others. As a result I have chosen not to be in her presence for the last decade. Enough is enough!" Charles married Elissa Durwood in July 1983, and they remained married until his death in 2021. Grodin and Durwood had one child together, son Nicholas. In the 2000s, Charles took a break from show business for a time to be a stay-at-home dad. Grodin was honored with the William Kunstler Award for Racial Justice in 2006, and George Pataki, the governor of New York, cited him for his role in revising the state's Rockefeller Drug Laws.

On May 18, 2021, Charles passed away from Multiple Myeloma, a form of bone marrow cancer, at his Connecticut home at the age of 86. After news of his death was announced, Grodin's former co-star Robert De Niro told "People" magazine, "Chuck was as good a person as he was an actor. 'Midnight Run' was a great project to work on, and Chuck made it an even better one. He will be missed. I am very very sad to hear of his passing." According to findagrave.com, Charles was laid to rest at Adath Jeshurun Cemetery in Allison Park, Pennsylvania.

In 1978, Grodin won a Primetime Emmy for Outstanding Writing in a Comedy-Variety or Music Special for "The Paul Simon Special," and in 1973, he earned a Golden Globe nomination for Best Actor in a Motion Picture – Comedy or Musical for "The Heartbreak Kid." He won an American Comedy Award for Funniest Supporting Actor in a Motion Picture for "Dave" in 1994, and he was named Best Actor for "Midnight Run" at the 1988 Valladolid International Film Festival. Charles also earned a Saturn Award nomination (from the Academy of Science Fiction, Fantasy & Horror Films) for Best Supporting Actor for "Heart and Souls" (1994) and CableACE Award nominations for Actor in a Theatrical or Dramatic Special for "Great Performances" (1987) and Program Interviewer for "The Charles Grodin Show" (1997).

In 2006, Grodin paid $2.7 million for a New York City co-op measuring approximately 1,800 square feet. He put the home on the market for $3.2 million in April 2018. He also owned a home in Wilton, Connecticut, made up of three separate parcels measuring more than seven acres. He purchased each parcel separately over a period of seven years for a total of $1.54 million.