Charlamagne Tha God is probably best known for co-hosting The Breakfast Club alongside DJ Envy and Angela Yee. Moments from this show have the power to sweep the entire nation and spark either controversy or applause among millions. This celebrated personality stated that he "bites his tongue for no one," and he isn't afraid of speaking his mind and asking tough questions when he's interviewing major names.

Early Life: Charlamagne Tha God's real name is Lenard Larry McKelvey. He was born in Charleston, South Carolina on June 29th of 1978. The mean streets of Moncks Corner were no joke for the young Mckelvey, and the boy was involved in crime from a very young age. This culminated in a series of arrests that left McKelvey with a choice. On the one hand, he could continue down the path he had been walking. In the past, McKelvey had been arrested for possession of marijuana and cocaine with the intent to distribute. He had also been arrested for his involvement in a drive-by shooting, although he only sat in the backseat and witnessed the event unfold with little control over its outcome. For that last offense, the young McKelvey spent over a month in prison. On the other hand, the young man could choose to pursue a professional career and pull himself out of that lifestyle. Upon being released from prison, McKelvey chose the latter path. It probably saved his life.

Early Involvement in Radio: After he got out of jail, the man who would one day become Charlamagne Tha God enrolled in night school with a focus on broadcasting and media. This led to an internship at a radio broadcasting center. Before he knew it, the up-and-coming radio host was playing second fiddle to none other than Wendy Williams. During his time in night school, he read about King Charlamagne, who ruled much of Europe in the Middle Ages. When he was selling drugs, McKelvey's alias was "Charles," and so he saw his radio moniker as a combination of the two names. He added "Tha God" simply out of personal taste.

Despite learning from Wendy Williams and viewing his experience with her as a mentorship, Charlamagne started injecting his own opinions into interviews from the get-go. His straightforward and sometimes blunt approach to interviewing celebrities seemed at odds with the fact that he was a complete newcomer to the world of radio. Wendy Williams' guests weren't always happy with this type of interrogation, but it certainly earned Charlamagne Tha God a considerable reputation within the Hip-Hop community. Almost inevitably, Wendy Williams' patience began to wear thin as Charlamagne Tha God gradually became bolder and more confident. When Charlamagne left Wendy Williams' show, most were not surprised.

The Breakfast Club: In 2010, Charlamagne Tha God began co-hosting The Breakfast Club. This move would propel him toward fame and success on a much larger scale than his prior radio career. The show is also broadcast on television and airs in over 90 radio markets across the United States.

Charlemagne is one of the most outspoken hosts on the show and has taken his direct, no-nonsense approach to interviews even further in this format. This has led to several high-profile, verbal altercations between him and his guests. After cementing his reputation through The Breakfast Club, Charlemagne gave himself many nicknames, including the "Architect of Aggravation." Rolling Stone called him "Hip-Hop's Howard Stern." 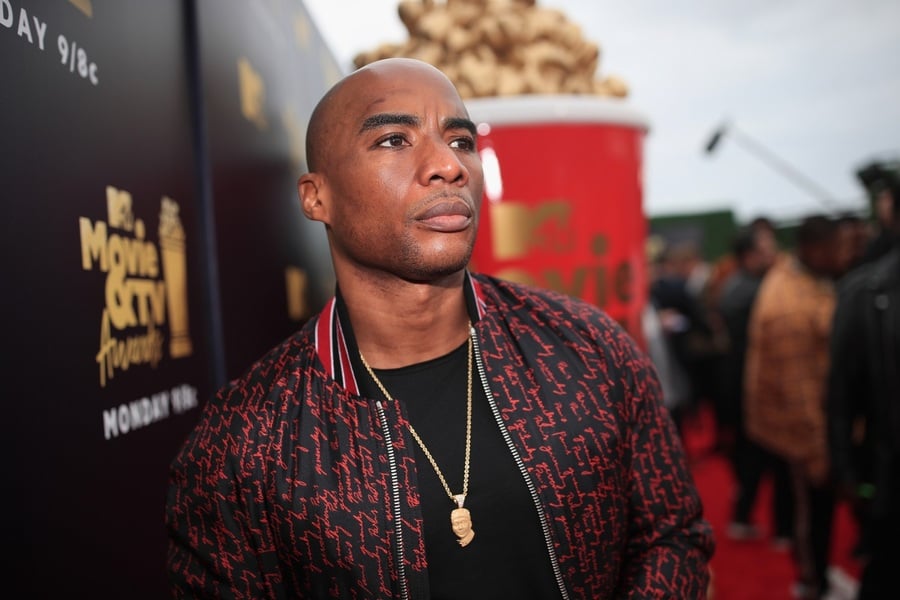 Television Career: Charlamagne Tha God has appeared on a number of television shows, mostly limited to MTV. His first major role came in 2011 when he started appearing on the show Guy Code. He was also given his own show at one point, which was called Charlamagne & Friends. He has also co-hosted a number of MTV events, such as the MTV Music Video Awards pre-show. In 2015, he was given another show, called Uncommon Sense With Charlamagne Tha God. He was also given a role as narrator for BET's Inside The Label. Aside from mainstream television, the personality has also found success on streaming platforms such as YouTube, iTunes, and SoundCloud.

Business Ventures: Outside of his role as a TV personality, Charlamagne Tha God has pursued a number of additional business ventures. In 2017, he published a book entitled Black Privilege: Opportunity Comes To Those Who Create It. The book was a self-help guide aimed at young black people living in difficult circumstances. The book received positive reviews and ranked sixth in the New York Times' list of best-selling hardback non-fiction. In 2018, McKelvey released a second book entitled Shook Ones: Anxiety Playing Tricks On Me. Charlamagne Tha God is also an executive producer and runs his own production company called CThaGod World.

Controversy: Considering Charlamagne Tha God's public persona and his approach to conducting interviews, it should come as no surprise that this celebrity has become embroiled in a number of controversies and feuds with other celebrities.

A number of guests on The Breakfast Show have become visibly infuriated with Charlamagne Tha God's questions and comments. Birdman famously walked out of the radio show within two minutes as a result of his treatment from the host. Rapper Lil' Mama was utterly dissected and broken down by Charlamagne's relentless verbal assault. Fredro Starr had to be consoled by Sticky Fingaz after being pushed to the edge by the host's comments. Beanie Sigel, Lil' Duval, and even potential democratic nominee Elizabeth Warren have been involved in controversial moments on The Breakfast Show. 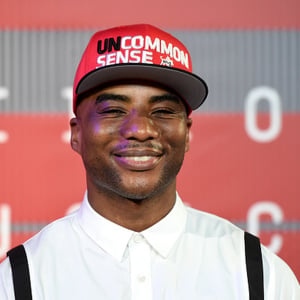