Cedric Yarbrough net worth: Cedric Yarbrough is an American actor and comedian who has a net worth of $1 million. Hailing from Minnesota, Cedric Yarbrough's net worth steadily grew from the early 2000s as he became a fixture in well-known TV comedy series and films. In his early acting career, the Minnesota State graduate made an appearance on the King of Queens, The Bernie Mac show Arrested Development, before starring in Comedy Central's Reno 911!

as Deputy S. Jones. Yarbrough was also featured in popular comedy films, including 40 Year Old Virgin, Meet the Fockers, Get Smart and Four Christmases. As a voice actor, Yarbrough can be heard on Adult Swim's animated series, The Boondocks, providing the voice of Tom Dubois and Colonel H. Stinkmeaner. He also provided the voice of Firestorm in the animated film, Justice League: Crisis on Two Earths. The alumnus of Dudley Riggs' Brave New Workshop is a massive fan of Elvis Costello and Bobby "Don't Worry" Mc Ferrin. 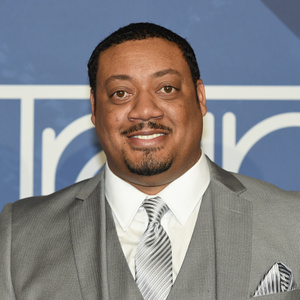