What Is Cecily Strong's Net Worth?

Cecily Strong is an American actress, comedian, writer, and producer who has a net worth of $4 million. Strong is best known for being a cast member on the NBC sketch comedy series "Saturday Night Live" (2012–present). Cecily starred as Melissa Gimble on the Apple TV+ musical comedy series "Schmigadoon!" in 2021, and she also executive produced the show. She has appeared in the films "Staten Island Summer" (2015), "The Boss" (2016), and "Ghostbusters" (2016), and she has lent her voice to the animated TV shows "The Awesomes" (2013–2015), "The Simpsons" (2018), and "Nature Cat" (2018). Cecily hosted the 2015 White House Correspondents' Dinner, and in 2021, she published the memoir "This Will All Be Over Soon."

Cecily Strong was born Cecily Legler Strong on February 8, 1984, in Springfield, Illinois. She grew up in Oak Park, Illinois, with mother Penelope and father Bill (a former Associated Press bureau chief). Cecily's parents are divorced, and Penelope works as a nurse practitioner, while Bill owns a public relations firm. As a child, Strong reenacted "SNL" sketches with a friend and repeatedly watched a tape of the show's best commercials. During her youth, she often attended Broadway shows, thanks to her uncle's career as a Broadway producer, and she sometimes got to meet the casts. Cecily attended Oak Park and River Forest High School, but she was expelled during her sophomore year for bringing cannabis onto school grounds. She subsequently went to a private Catholic school, then she transferred to the Chicago Academy for the Arts during her senior year. After graduating in 2002, Strong enrolled at the California Institute of the Arts (CalArts), earning a BFA in theatre in 2006. She then moved back to Chicago and trained at iO Chicago and the Second City Conservatory. As a pre-teen, Cecily made her television debut in the 1996 educational film "Reflections from the Heart of a Child."

Strong spent four months performing on a cruise ship with fellow Second City members, and she appeared at numerous  festivals, such as Chicago Just for Laughs, the Edinburgh Fringe Festival, and New York Sketchfest. In 2012, she appeared in the short film "How to Sponsor a Uterus" and joined the cast of "Saturday Night Live" as a featured player. Cecily became a full cast member the following season, and she co-anchored "Weekend Update" with Seth Meyers, and later, Colin Jost. She was replaced by Michael Che on "Weekend Update" in September 2014, partly because she wanted to focus on doing sketches. On "SNL," Strong became known for popular characters like The Girl You Wish You Hadn't Started a Conversation with at a Party and Kyra, the co-host of "The Girlfriends Talk Show," and she has impersonated celebrities and political figures such as Judge Jeanine Pirro, Melania Trump, Rachel Maddow, Kate Middleton, Liz Cheney, Marjorie Taylor Greene, and Liza Minnelli. 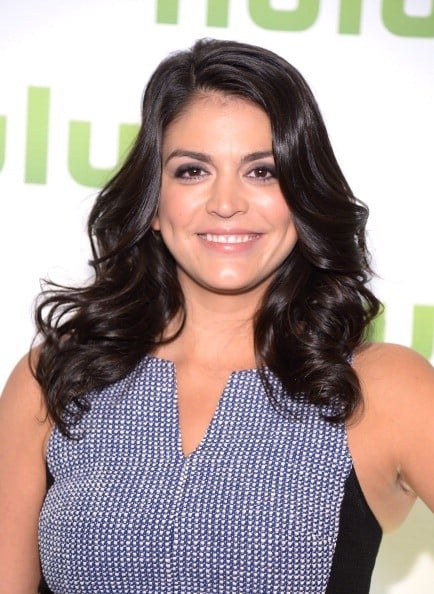 In 2015, Cecily appeared in the films "The Bronze," "Slow Learners," and "The Meddler" and hosted the White House Correspondents' Dinner. She also appeared in the 2015 comedy "Staten Island Summer," which was written by Colin Jost and starred "SNL" alums Bobby Moynihan, Will Forte, Fred Armisen, and Mike O'Brien. In 2016, she co-starred with Melissa McCarthy and Kristen Bell in "The Boss" and with McCarthy, Kristen Wiig, Kate McKinnon, and Leslie Jones in "Ghostbusters." That year Strong also guest-starred on "Angie Tribeca," "Netflix Presents: The Characters," "Superstore," "Maya & Marty," and "Scream Queens," followed by "Man Seeking Woman," "Detroiters," and "Great News" in 2017. She appeared in the 2017 comedy "The Female Brain," and in 2019, she served as a guest judge on "RuPaul's Drag Race All Stars" and guest-starred on "I Think You Should Leave with Tim Robinson." In 2021, Cecily appeared on the HBO Max series "That Damn Michael Che," and she starred as Melissa Gimble on "Schmigadoon!" alongside Keegan-Michael Key, Fred Armisen, Kristin Chenoweth, Alan Cumming, and Aaron Tveit. In October 2021, it was announced that Strong would be starring in a revival of Jane Wagner's "The Search for Signs of Intelligent Life in the Universe" at The Griffin Theater in Manhattan.

Cecily was close to her younger cousin, Owen Strong, who sadly passed away from brain cancer in January 2020. She wrote about the process of mourning Owen's death in a "Vulture" essay in April 2020 and in her 2021 memoir, "This Will All Be Over Soon." Strong gave a beautiful eulogy at Owen's memorial service in which she called him her hero and stated that while her cousin was going through cancer, he showed his family and friends how to fight, smile, and "stay full of love." In the essay and the book, Cecily also wrote about her relationship with a man named Jack, who she met at a Christmas party in 2019. Jack caught COVID-19 early in the pandemic, and Strong wrote of her feelings during that time, "I'm scared about Jack. I'm really scared. He has had a bad fever for a week. He didn't answer his phone yesterday. I text a doctor friend who suggests a police welfare check. I have had anxiety and depression since high school. I take Wellbutrin. I've gone to years of therapy. I take Xanax when needed. This is a really bad time for mental health." In November 2021, inspired by her own experience with abortion, Cecily appeared in a "Weekend Update" segment as Goober the Clown to speak out against Texas' "heartbeat law," which would ban abortion as early as six weeks into a pregnancy. Strong later said in an Instagram story, "I didn't tell my own wonderful and supportive mom for years and Saturday I told live TV."

Strong earned Primetime Emmy nominations for Outstanding Supporting Actress in a Comedy Series for "Saturday Night Live" in 2020 and 2021. The show has also earned her a Gold Derby Award nomination for Comedy Supporting Actress (2021) and three Online Film & Television Association Award nominations – Best Female Performance in a Fiction Program (2014) and Best Female Performance in a Variety Program (2019 and 2020). "Schmigadoon!" has been nominated for a 2022 Grammy for Best Compilation Soundtrack for Visual Media.

Though Cecily spends most of the year in New York City, where she lives in an apartment that has "a bed in [the] kitchen" (according in to a 2018 "People" magazine article), she also owns a home in Los Angeles. She enlisted designer Nicole Palczynski to help her renovate the two-bedroom, two-bathroom home, and she moved into her new abode during the spring of 2018.