What is Carrot Top's net worth and salary?

Carrot Top is an American comedian and actor who has a net worth of $70 million. He is known for his use of props in comedy as well as his self-deprecating humor and his bright red hair. He is one of the highest-paid and most-successful comedians working in Las Vegas. Since 2005 he has headlined at the Luxor Hotel in Las Vegas. In October 2019 he signed a contract extension that will keep him at the Luxor through 2025. At that point he will hold the record for longest-running comedy show in MGM resort history.

He was born on February 25, 1965 as Scott Thompson in Rockledge, Florida, the youngest son of a NASA engineer. He went to Cocoa High School where he played drums in the marching and concert band, graduating in 1983. He got his nickname Carrot Top from a local swimming coach in reference to his bright red hair. After high school, Carrot Top earned a degree in Marketing from Florida Atlantic University, where he began his amateur stand-up career as a freshman performing at open-mic nights. 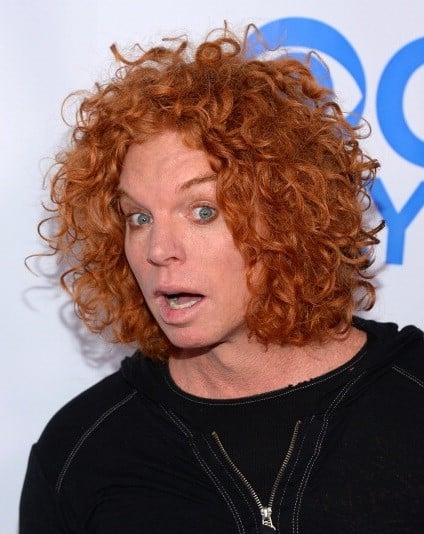 He later worked a variety of jobs as he honed his act, and eventually became the most popular stand-up comedian on college campuses across the United States; in 1993, he became the first person to simultaneously be voted both Performer of the Year and Comedian of the Year by the National Association of Campus Activities. Success on the stand-up circuit led to roles on television and in films, including spots on "Space Ghost Coast to Coast," "Scrubs," a recurring role on the remade "Hollywood Squares," and a portion of the comedy documentary "The Aristocrats".

Carrot Top has also appeared on a number of special-event shows, such as Larry the Cable Guy's Christmas Spectacular, Gene Simmons: The Family Jewels, and Criss Angel Mindfreak. Since 2008, Carrot Top has performed fifteen weeks per year at the Luxor Las Vegas, the venue of his comedy hero George Carlin, in addition to many other comedy shows and televised events. From 1995-1999, Carrot Top was the continuity announcer for Cartoon Network, for which he also produced and starred in. He also produced and starred in the morning show "Carrot Top's AM Mayhem" from 1994 to 1996.  In 2002, Carrot Top recorded a commentary track for "The Rules of Attraction." In 2006, he appeared in the "Reno 911!" episode "Weigel's Pregnant" as an enraged version of himself who trashes his hotel room and steals a police car. 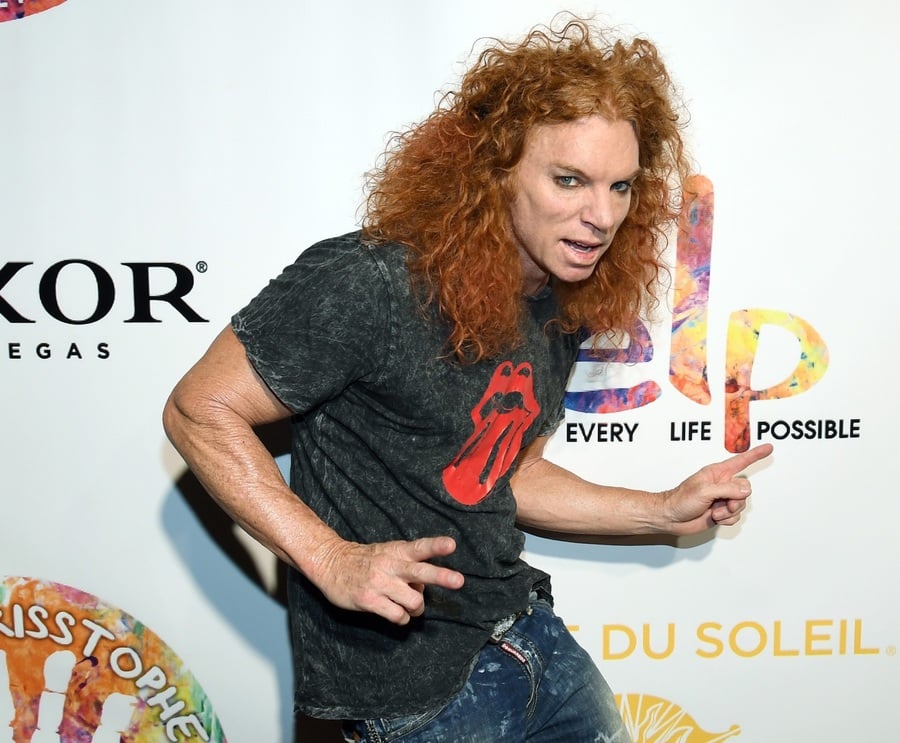 In 2008, he was a guest judge for "Last Comic Standing." In January 2010, he appeared on "Don't Forget the Lyrics!", assisting famous illusionists Penn & Teller in their quest for the million-dollar grand prize. Carrot Top has also appeared in the reality series "The Bad Girls Club." In 2011, he appeared as himself in an episode of "CSI." He's also appeared on "Family Guy" and "Holly's World." Carrot Top appeared alongside Toby Keith in the music video for Keith's song "Red Solo Cup," and he also appeared with Keith on stage as he performed the song in the audience as a member of Keith's entourage at the 2011 ACM Awards. Carrot Top has also been a regular staple on nighttime television talk shows since the '90s. In 2016, Carrot Top appeared as a panelist on "@midnight."

Carrot Top has appeared in several movies including "So I Married an Axe Murderer," "Chairman of the Board," "Dennis the Menace Strikes Again," "Pauly Shore Is Dead" "Swearnet: The Movie", and "Sharknado: The 4th Awakens." In 2018, he started headlining at the Luxor Hotel in Las Vegas and performs various comedy engagements when his show is not playing. His comedy routine still incorporates dozens of props stored in large trunks on stage. Carrot Top's prop jokes commonly consist simply of pulling out a prop, describing it in a one-liner, and tossing it away.

Carrot Top won an American Comedy Award for Funniest Male Stand-Up Comic in 1994. He was nominated for a Razzie Award in 1999 for Worst New Star for "Chairman of the Board."

Carrot Top is one of the highest-paid entertainers in Las Vegas. He performs six nights a week and earns roughly $8 million pear year from his various endeavors.

Carrot top does not disclose much about his personal life to the public, but he has been in a long-term relationship with Amanda Hogan for an undisclosed amount of time. 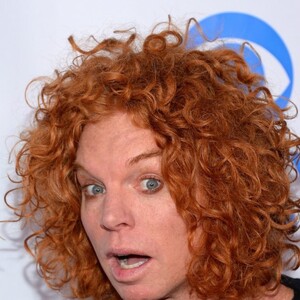