What is Carlos Mencia's Net Worth?

Carlos Mencia is a Honduran-born American comedian, actor, writer, and producer who has a net worth of $8 million. Mencia is best known for his stand-up comedy and his show "Mind of Mencia," which aired on Comedy Central from 2005 to 2008.

Quick success in comedy clubs such as The Comedy Store led Carlos to guest appearances on "The Arsenio Hall Show" and "Buscando Estrellas," and in 1994, he was named the host of HBO's "Loco Slam," a Latino comedy showcase. Since then, Mencia has released a number of stand-up comedy specials, including "Not for the Easily Offended" (2005), "No Strings Attached" (2006), and "New Territory" (2011), and he has produced "Mind of Mencia" as well as several of his specials. Carlos has also worked as an actor in the films "The Heartbreak Kid" (2007) and "Our Family Wedding" (2010) and the television series "In Living Color" (1990), "Moesha" (1999), and "The Bernie Mac Show" (2001).

Carlos Mencia was born Ned Arnel Mencia on October 22, 1967, in San Pedro Sula, Honduras. He grew up in a Roman Catholic household in East Los Angeles, California, and is the second-youngest of 18 children. Carlos was born to a Mexican mother, Magdelena Mencía, and a Honduran father, Roberto Holness, but he was raised by his aunt and uncle, Consuelo and Pablo Mencia. Mencia attended Garfield High School, and at age 19, he dealt drugs and burglarized a house. After graduating from high school, Carlos enrolled at California State University to study electrical engineering, but he dropped out to pursue a comedy career after he had a successful open mic performance at The Laugh Factory.

Mencia began going by Carlos in 1988 after Comedy Store owner Mitzi Shore suggested that he change his first name to appeal to Mexican audiences. He made his television debut in 1990 with an uncredited role on "In Living Color" and followed it with appearances on "An Evening at the Improv" (1992), "Comic Relief VI" (1994) and "HBO Comedy Half-Hour" (1994). While appearing on the talent competition "Buscando Estrellas," Carlos was named "International Comedy Grand Champion." He hosted "Loco Slam" in 1994 and "Funny is Funny!" in 1998, and he appeared on the shows "Just for Laughs" (1997) and "The Roseanne Show" (1998) and the special "Latino Laugh Festival" (1997). In 1995 and 1997, Mencia lent his voice to the animated series "Happily Ever After: Fairy Tales for Every Child," and he guest-starred on "Moesha" in 1999. In 2001, Carlos embarked on "The Three Amigos" tour with Pablo Francisco and Freddy Soto, guest-starred on two episodes of "The Bernie Mac Show," and released his first comedy album, "Take a Joke America." From 2001 to 2005, he voiced Felix Boulevardez on "The Proud Family," and he reprised his role in "The Proud Family Movie" in 2005. 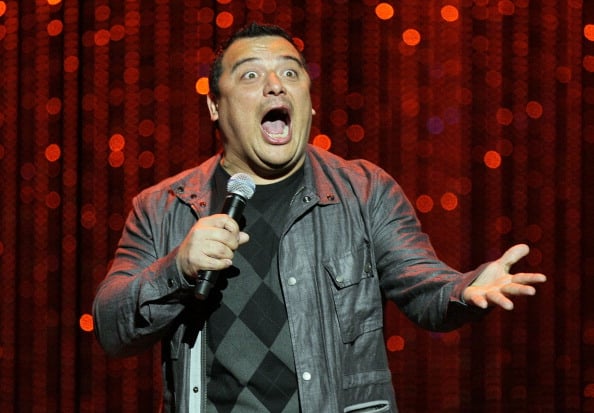 In 2002, Mencia appeared in the films "Outta Time" and "29 Palms," had his own "Comedy Central Presents" special, and released the album "America Rules," followed by "Unmerciful" in 2003. From 2005 to 2008, he starred on "Mind of Mencia," which ran for four seasons and earned him an Imagen Foundation Award. Carlos was featured on "Opie and Anthony's Traveling Virus Comedy Tour" in 2006, and that year he also voiced the King of Mexico on "Drawn Together" and Juan Sanchez in "Farce of the Penguins." He co-starred with Ben Stiller, Malin Akerman, and Michelle Monaghan in the 2007 film "The Heartbreak Kid" and starred as Miguel Ramirez in 2010's "Our Family Wedding" alongside America Ferrera, Regina King, and Forest Whitaker. Mencia appeared in the documentaries "Make 'Em Laugh: The Funny Business of America" (2009), "I Am Comic" (2010), and "Phunny Business: A Black Comedy" (2011), and he began hosting the podcast "The Journey" in 2017. Carlos also co-founded the Maggie Rita's restaurant chain, which had locations in New Orleans, Houston, and Galveston.

Carlos married his wife, Amy, in December 2003, and the couple welcomed son Lucas on December 14, 2006. In 2005, Joe Rogan publicly accused Mencia of stealing jokes from several comedians, and he confronted Carlos on stage at West Hollywood's famed Comedy Store in February 2007. George Lopez alleged that Mencia had plagiarized 13 minutes of his material in one of his HBO specials, and he told Howard Stern that he had once punched Carlos over the issue. Mencia has also been accused of using a Bill Cosby bit in his "No Strings Attached" special, but Carlos stated that he had never seen "Bill Cosby: Himself," the film that featured the routine. In 2011, Mencia said that he went to therapy as a result of the plagiarism accusations. In 2009, he was scheduled to take part in the New Orleans Mardi Gras parade, but he was dropped because of "certain remarks Mr. Carlos Mencia has made in regards to New Orleans and Hurricane Katrina."

Mencia has been nominated for three Imagen Foundation Awards, winning Best Actor – Television for "Mind of Mencia" in 2008; he was also nominated in that category in 2007, and he received a  Best Actor – Film nomination for "Our Family Wedding" in 2010. "Mind of Mencia" also earned him two ALMA Award nominations for Outstanding Male Performance in a Comedy Television Series and a NAMIC Vision Award nomination for Best Performance – Comedy.

In October 2009, Carlos and Amy paid $4.3 million for a home in the Encino area of Los Angeles. The seller was actor Eddie Cibrian. The 9,000 square foot home features eight bedrooms and five bathrooms, a home theater, wet bar, and six-car garage. 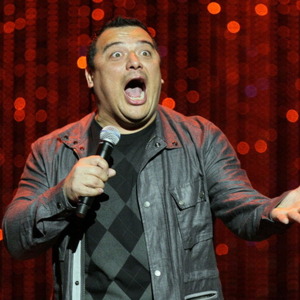