What is Byron Allen's Net Worth and Salary?

Byron Allen is an American comedian and television producer who has a net worth of $450 million. He is best known as the head of the US entertainment company Entertainment Studios. He also owns and operates Allen Media Group (AMG). He is one of the most under-the-radar, extremely successful people in Hollywood.

Byron Allen Folks was born on April 22nd of 1961 in Detroit, Michigan. He grew up in Los Angeles. Allen's interest in show business began during his childhood, when he would accompany his mother to NBC studios in Burbank where she worked as a publicist. Free to roam the sound stages, Allen would sneak onto "The Tonight Show" set, sit behind Johnny Carson's desk and play talk show host. Allen put together a stand up routine and began performing at amateur nights in Los Angeles comedy clubs. Comedian Jimmie Walker saw Allen's stand-up act and was so impressed that he invited the 14 year-old comedian to join his comedy writing team alongside the young comedians Jay Leno and David Letterman. At age 18, Allen made his television debut on "The Tonight Show Starring Johnny Carson". Allen holds the distinction of being the youngest standup comedian ever to have performed on the show.

His one-night gig on "The Tonight Show" was so successful that it led to an offer for Byron to co-host a new talk show called "Real People".  While co-hosting "Real People", he took the opportunity to learn as much as he could about producing, directing, advertising, and how money really worked in the entertainment industry.  He spent his spare time creating relationships with various television stations, speaking directly with advertisers, and becoming acquainted with everyone he could behind-the-scenes.

In 1993 Allen cofounded Entertainment Studios with his mother.His first series, "Entertainers with Byron Allen", was a weekly, one-hour series profiling the current stars of film and television. In 2009, Allen became the first television entrepreneur to own and launch a portfolio of six 24-hour HD television networks simultaneously. The six networks include Pets.TV, Comedy.TV, Recipe.TV, Cars.TV, ES.TV, and MyDestination.TV.

Today, Byron's companies produce more than 30 nationally syndicated programs that generate $100 million in revenue per year. Entertainment Studios is the largest independent producer and distributor of first-run syndicated programming in the world.

Instead of charging the networks huge fees for the rights to his shows, he gives away his shows for free.  Yes, you read that correctly – for free. In exchange for giving the content away for free, Byron is given the right to sell 50% of the show's available advertising time, which he then sells directly. Advertisers are clamoring to buy advertising time with him, as well, since he can charge lower prices for the ad time, while still reaching 35 million viewers, largely due to the sheer number of shows he has running. Byron owns 100% of Entertainment Studios to this day. 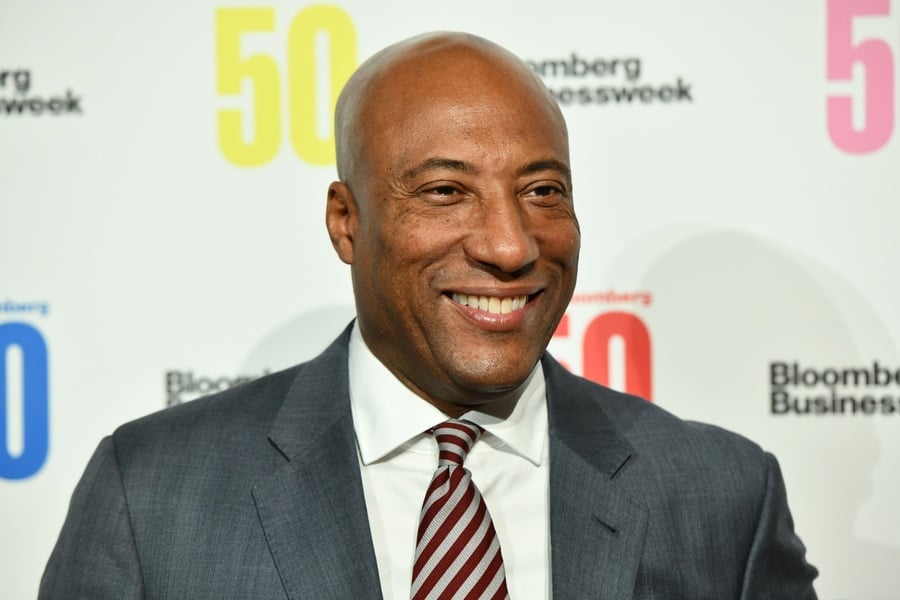 In 2007, Allen married a television producer named Jennifer Lucas. Over the course of their relationship, the couple has had three children together.

In 2020, Byron wrapped up a 5-year campaign against Comcast after filing a $10 billion claim for racism. In February 2021 he withdrew his lawsuit after a private settlement was reached. The settlement also achieved carriage agreements for three of his cable channels. Comcast had originally refused to carry his channels, a decision that Allen claimed was due to racial discrimination. The court case was eventually taken to the Supreme Court after an appeal from Comcast. Prior to this, Allen's suit had been dismissed three times at the district court level. Byron has filed similar suits against AT&T and Charter Communications, citing their refusal or unwillingness to carry channels that are owned by African Americans.

In 2009, Allen became the first television entrepreneur to own and launch a portfolio of six 24-hour HD television networks simultaneously. The six networks include Pets.TV, Comedy.TV, Recipe.TV, Cars.TV, ES.TV, and MyDestination.TV. Today, Byron's companies produce more than 30 nationally syndicated programs that (according to "The Hollywood Reporter") bring in more than $100 million in revenue each year.

In 2018, it was announced that Byron Allen's company would be acquiring The Weather Channel for $300 million. The deal included the cable TV network, but not online assets like Weather.com and its related apps – which had actually been previously sold to IBM.

In 2020, it was announced that AMG was acquiring an ABC affiliate in Honolulu for $30 million. The Hawaii-based affiliate covers all of the main islands, and it also has a portfolio that includes MeTV, Start TV, Heroes & Icons, and a Washington, D.C. based news network. Earlier in the year, he closed a deal that included the acquisition of 11 broadcast television stations from USA Television. This deal was worth more than $300 million. Also in 2020, Allen partnered with the Sinclair Broadcast Group to acquire no fewer than 21 regional sports networks from Walt Disney/Fox. This deal was worth an astounding $10.6 billion.

Other deals during this period included the purchase of Bayou City Broadcasting, which owns four stations in places like Louisiana and Indiana. This deal was worth about $165 million. One company that seems to be holding out is Tegna, a big broadcaster that has rejected Allen's offer of $8.5 billion for an all-cash deal. In 2020, Byron announced that he had invested $500 million in network affiliates over the past year or so. Allen also stated that he plans to spend about $10 billion in total over the next few years in a bid to invest heavily in acquisitions and become the nation's biggest broadcaster.

In 2018, it was reported that Allen had purchased a $22.8-million oceanfront estate in Maui. Located in the affluent neighborhood of Kihei, the residence sits on a three-quarter-acre plot of land with 130 feet of beach frontage. Originally constructed in 2015, the residence itself features 7,300 square feet of living space and five bedrooms. The exterior boasts coral stone finishing, while the interior is trimmed in mahogany. Notable additions include an elevator, a 500-bottle wine cellar, an open-air spa, and 1,700 square feet of outdoor living space in the form of lanais. Of course, there is also a swimming pool on the land and a three-car garage. According to reports, the real estate deal was one of the most expensive in Maui's history.

In 2019, Bryon added to his real estate portfolio with the purchase of a $20-million Beverly Hills mansion. The property features 11,266 square feet of living space and eight bedrooms. Located in the Beverly Hills Flats neighborhood, the home sits on a plot of land slightly bigger than one-third of an acre. Prior to this purchase, Allen had already acquired a smaller home in Hollywood Hills much earlier. This nearby home was once owned by Fred Durst of Limp Bizkit, and it is located in the Birds Street Neighborhood.

Also in 2019, the broadcasting mogul picked up a 3,000-square-foot apartment at 220 Central Park South for $26.75 million. Situated in one of New York City's most expensive apartment buildings, the condo features three bedrooms.

In 2020, Allen splurged on real estate once again, snatching up a $27-million mansion in Aspen, Colorado. The residence boasts 9,000 square feet of living space, and it was previously owned by a successful Mexican businesswoman. This seller originally listed the property for as much as $35 million, although continuous price cuts allowed Byron to claim it for much less. The residence offers exceptional views of the surrounding mountains, and it features an outdoor pool, walls of glass, and a second-story terrace. 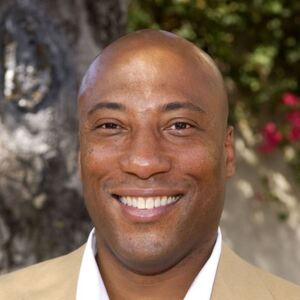