What was Bud Abbott's net worth?

Bud Abbott was an American actor who had a net worth equal to $50 thousand at the time of his death in 1974. That's the same as around $260 thousand in today's dollars after adjusting for inflation. Abbott's net worth was at one point exponentially higher, unfortunately by the time he died he claimed to be nearly broke. More details on this later in the article. It probably goes without saying that Bud was best known for being one half of the film comedy act Abbott and Costello. He played the straight man to Lou Costello.

Bud Abbott was born in Asbury Park, New Jersey in October 1897. Abbott was born into a show business family and worked in box offices of theaters before he became a comedian and producer of burlesque shows on Broadway. He formally teamed up with Costello in 1935. They would eventually create what would become a legendary routine, "Who's on First?".

Abbott and Costello made 36 films together and were among the world's most popular entertainers during World War II. They launched a radio show in 1942 followed by a live television series. The pair split up after their contract was terminated in 1955 and Costello passed away in 1959. Abbott attempted to find new partners but did not have as much luck. He was declared the best straight man in the comedy business by Groucho Marx. Abbott received stars on the Hollywood Walk of Fame for Motion Picture, Television, and Radio. Bud Abbott passed away on April 2, 1974 at 76 years old. 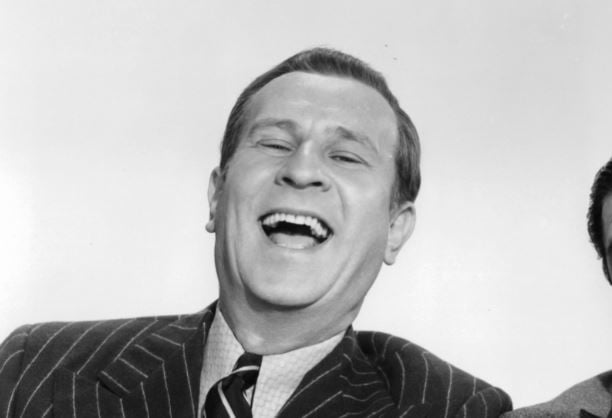 Between 1940 and 1956 the duo made 36 movies together. For much of that period their films were box office gold earning more than $120 million at the box office. That's the same as around $1.8 billion in today's dollars. In the early part of their career, they split earnings 60-40 in favor of Abbott. They dabbled with a 50-50 split but ended up with a 60-40 split in favor of Costello for much of their time in Hollywood. From their films alone, the duo reportedly earned around $25 million. That's $360 million in today's dollars, $180 million a piece.

Unfortunately, as their careers waned in the 1950s, the IRS came calling. The IRS reversed $500,000 in tax exemptions that had been credited to Abbott, forcing him to sell his house and end an early retirement. A similar situation befell Costello, though not quite to the same degree. They both found themselves being forced to sell their mansions and the rights to many of their most popular films to cover their respective debts. In his later years Abbott announced he was broke and even asked his former fans to make donations.