Bryan Callen net worth and salary: Bryan Callen is an American actor and comedian who has a net worth of $2.5 million. Bryan Callen was born in the Philippines, and then went on to live in India, Lebanon, Pakistan, Greece, and Saudi Arabia. He then attended high school at Northfield Mount Hermon School in Massachusetts, and went on to earn a B.A.

in History from American University in D.C. He began his professional acting career in 1995, appearing in both the film, "Mail Bonding", and as a cast member on the sketch comedy series, "MADtv". He appeared on "MADtv" through 1997, and then went on to appear in such film and television projects as "Oz", "Frasier", "Run Ronnie Run", "Live from Baghdad", "Deliver Us from Eva", "CSI: Crime Scene Investigation", "Bad Santa", "Old School", "Sex and the City", "The West Wing", "7th Heaven", "How I Met Your Mother", "Scary Movie 4", "The Hangover" (and its sequel), "The Secret Life of the American Teenager", "In Plain Sight", "Californication", "The Goldbergs" and "Ride Along", among many other programs and films. In October 2018, Callen listed a home in Venice, California for $1.9 million. He bought the home in 2016 for $1.4 million. 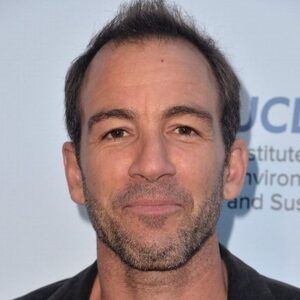