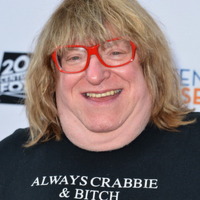 Bruce Vilanch Net Worth: Bruce Vilanch is an American actor, songwriter and comedy writer who has a net worth of $8 million. A writer and actor, Bruce Vilanch is most widely recognized as the Emmy-winning writer of over 20 Oscar broadcasts, and multiple Emmy, Tony, and Grammy broadcasts. He has written material for everyone from Bette Midler, to Whoopi Goldberg, to Rosie O'Donnell, to Paul Reiser, and has also written scripts for multiple one-person shows, musicals, and concert specials. Born in New York City in 1948, Bruce Vilanch was adopted as a newborn and introduced to an entertainment career as a kid by his adopted mother. He worked as a chubby child model and eventually went to Ohio State for theater and journalism. Vilanch began his writing career with "The Chicago Tribune" in the entertainment department. Soon after, he befriended Bette Midler and helped write for her Broadway show "Clams on the Half Shell" in 1974. Vilanch moved to Los Angeles and began writing for "The Donny & Marie Show" and the "Brady Bunch Variety Hour". Once that was canceled, Vilanch picked up gigs writing for comedians such as Roseanne Barr, Rosie O'Donnell, Robin Williams, and Billy Crystal. He worked on "Hollywood Squares" as a writer and celebrity for four years with Whoopi Goldberg. The six-time Emmy Award winner has been writing content for the Oscars since 1989, earning the title of head writer in 2000. Vilanch has also carved out an acting career with several appearances in "Mahogany", "Bosom Buddies", "The Ice Pirates", "Law & Order" and Broadway's "Hairspray". He was a contestant on "Celebrity Fit Club" and a guest judge for "RuPaul's Drag Race 3". He is an active philanthropist, working for Aid For AIDS and PAWS.