Bruce McCulloch Net Worth: Bruce McCulloch is a Canadian actor, writer, comedian, and film director who has a net worth of $800 thousand. Bruce Ian McCulloch was on May 12, 1961 in Edmonton, Alberta, Canada. He is married to Tracy Ryan in 2003, whom he had two children, Ivy Sue and Otis, ages nine and seven respectively at present. He graduated from Strathcona Composite High School in Edmonton, where he earned provincial individual titles both in track-and-field and swimming competitions. He studied journalism and public relations at Mount Royal College but did not graduate. Instead, he took acting classes and started performing at Calgary-based TheaterSports and then Loose Moose Theater Company where he met his fellow Mark McKinney. They crossed paths with Dave Foley and Kevin McDonald in 1984, marking the birth of the comedy troupe, The Kids in the Hall. Scott Thompson joined later as the fifth member of the group.

McCulloch is known for his work as a member of The Kids in the Hall. He frequently wrote quirky monologues, films and songs. He also characterized Flying Pig, Cabbage Head, precocious boy Gavin, and grumpy middle-aged man Gordon. They had a successful five-year-run on HBO. Following their cancellation in 1994, McCulloch served a brief period as a Saturday Night Live writer before the troupe regrouped and filmed Brain Candy which was released in 1996. Moreover, he starred in television series such as Anne of Avonlea, Twitch City and Gilmore Girls, and in films which include Dick (1999) and Star Trek: The Wrath of Khan (1982).

He had written and directed the film Dog Park in 1998 which won the Best Original Screenplay at the Genie Awards in 2000, and was nominated for Original Writing for a Film and Film Direction Categories at the 2000 Canadian Comedy Awards. In addition, he directed the romantic comedy Comeback Season in 2006, Stealing Harvard in 2002 and SNL's Superstar in 1999. He was also the writer of ABC's Carpooler. Aside from being an actor, he co-wrote and produced the Kids in the Hall reunion project Death Comes to Town in 2010.

He had contributions in music industry as well releasing two comedy albums, the Shame-Based Man produced by Bob Wiseman in 1995, and Drunk Baby Project in 2002. He directed the music video for the Tragically Hip's song, My Music at Work, for which he was recognized as Best Director at the 2000 MuchMusic Video Awards. 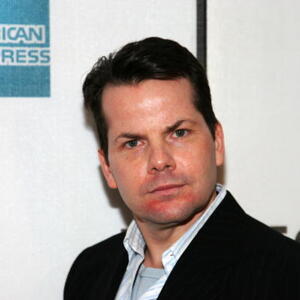