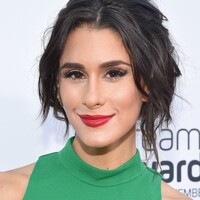 Brittany Furlan net worth: Brittany Furlan is an American comedian and internet personality who has a net worth of $800 thousand. Brittany Furlan was born in Pennsylvania in September 1986. She is known for being the most followed female on the app Vine. Time magazine declared Furlan one of the most influential people on the internet. In 2015 she starred as Sara in the movie We Are Your Friends. Furlan starred in the reality TV series Reality Hell in 2009. She has also appeared in the movies L.A. Paranormal and DGK: Parental Advisory. In 2015 Furlan appeared in the television series America's Next Top Model. She was also nominated for a Teen Choice Award for Choice Web: Viner in 2015. Furlan has also been developing a sketch comedy show which will be produced by Seth Green.