Brian Haley net worth: Brian Haley is an American actor and stand-up comedian who has a net worth of $500 thousand. Brian Haley was born in Seattle, Washington in February 1963. Haley served in the US Army and received the Army Achievement Medal. While in the Army he starred in the play Guys and Dolls with Joe Namath.

Haley moved to Los Angeles, California to purse his comedy career and he won a Hollywood's Hottest New Comic competition. He appeared on An Evening At The Improv and then got his big break on The Tonight Show Starring Johnny Carson in 1990. Haley had a recurring role as Budd Bronski in the television series Wings from 1995 to 1996. In 1997 he starred as The Hooded Avenger in the TV series The Weird Al Show. Haley starred as Tom Vanderhulst in the television series Maggie Winters from 1998 to 1999. He has starred in the movies Always, Into the Sun, Clean Slate, Baby's Day Out, Little Giants, McHale's Navy, The Man Who Wasn't There, Pearl Harbor, Gran Torino, The Taking of Pelham 1 2 3, and The Adjustment Bureau. Haley has also appeared in episodes of the TV series Quantum Leap, Baywatch, The Drew Carey Show, The Hughleys, Third Watch, Law & Order: Criminal Intent, ER, 30 Rock, Blue Bloods, Orange Is the New Black, Boardwalk Empire, and The Blacklist. Haley owns the production company Haleywood Productions. 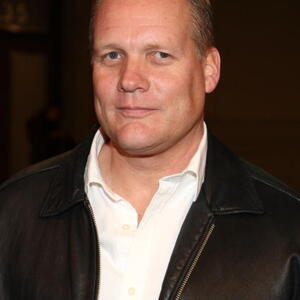