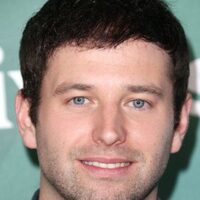 Brent Morin net worth: Brent Morin is an American comedian, actor, and writer who has a net worth of $2 million. Brent Morin was born in South Windsor, Connecticut in August 1986. His stand-up comedy special I'm Brent Morin was released on Netflix in 2015. As an actor one of his best known roles came starring as Justin on the television series Undateable from 2014 to 2016. He also starred as Hobbs on the TV mini-series Crunch Time in 2016. Morin served as a panelist for the sixth season of the series Chelsea Lately. He has also appeared in the films How to Be Single in 2016 and The Outdoorsman in 2017 and in episodes of the TV series Brooklyn Nine-Nine, The McCarthys, and more. Brent Morin associated produced the TV special Quincy Jones: Burning the Light in 2016. At the age of 18 he moved to Los Angeles and studied at Columbia College Hollywood. He then worked as a producer assistant for the television series The Tonight Show with Conan O'Brien and Conan.