Brent Butt Net Worth: Brent Butt is a Canadian actor, comedian and writer who has a net worth of $2 million dollars. Butt has risen to stardom for his role in the CTV sitcom "Corner Gas", which he also created. Born on 3rd August, 1966 in Tisdale, Saskatchewan, Canada, he is the youngest of seven brothers.

After graduating from the Tisdale Unit Composite School, he briefly attended Ontario's Sheridan College. He quit his studies to start a publishing company called Windwolf Graphics with a friend. They successfully published his first comic, "Existing Earth", which was nominated for a Golden Eagle Award. Actually, they managed to publish two issues before running out of money. Next, he did several stand-up performances for CTV, CBC, CBC radio's "Definitely Not the Opera" and "The Comedy Network" in Canada. However, he reached the peak of his stardom with "Corner Gas" in 2004. The show, which was played in 26 countries, became an almost immediate success with great reviews and an International Emmy Award nomination. Apart from "Corner Gas", Butt has also created the hit TV show "Hiccups", as well as the 2013 film "No Clue". Already one of Canada´s greater comedians, Butt had participated in several live shows, including a performance at the Canadian province centennial in Saskatoon, Saskatchewan in front of Queen Elizabeth II and Prince Philip. Furthermore, he has appeared in a few Hollywood shows: "The X Files", "Millennium", and "Becoming Dick". Brent Butt has won four Canadian Comedy Awards, including Best Male Stand-Up and Best Male TV Performance. 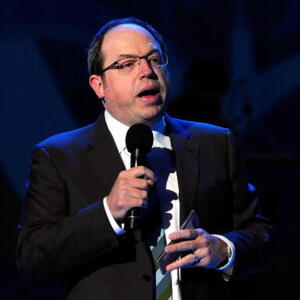