Brad Williams net worth: Brad Williams is an American comedian and actor who has a net worth of $500 thousand. Brad Williams was born in Orange, California in January 1984. He frequently appeared on the television series Mind of Mencia. Williams was born with a type of dwarfism called Achondroplasia. As an actor he has starred as Tyson on the TV series Deadbeat since 2015. He has starred in the movies Balls to the Wall, Hollywood Sex Wars, Geezas, and Hercules Saves Christmas. Williams was featured on the TV series Pit Boss from 2010 to 2012 and has appeared on The Playboy Morning Show from 2012 to 2015. He hosts the About Last Night podcast with Adam Ray and is a frequent guest on The Kevin and Bean Show. His first one-hour comedy special Brad Williams: Fun Size aired on Showtime in 2015 and his second one-hour special Brad Williams: Daddy Issues aired in 2016. 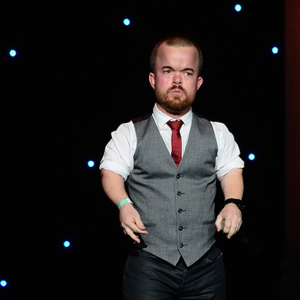