Bonnie McFarlane net worth: Bonnie McFarlane is a Canadian-American comedian and writer who has a net worth of $400 thousand. Bonnie McFarlane was born in Cold Lake, Alberta, Canada in March 1973. She was the first comedian eliminated on season two of the reality television series Last Comic Standing. She has done stand-up comedy on several TV shows including The Tonight Show with Jay Leno, The Late Late Show with Craig Kilborn, Tough Crowd with Colin Quinn, Late Show with David Letterman, and more. Since 2011, McFarlane has co-hosted the podcast My Wife Hates Me with her husband Rich Vos who is also a comedian. They currently live in New Jersey and have a daughter together.

As an actress she starred as Kit Weaver in the TV series Social Studies in 1997. McFarlane wrote, directed, and produced the film Women Aren't Funny in 2014. Her memoir You're Better Than Me was published by Anthony Bourdain in 2016. 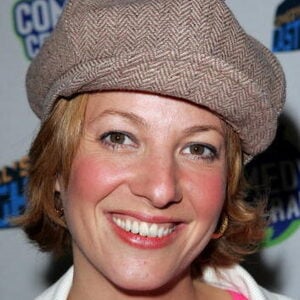