Blake Anderson net worth: Blake Anderson is an American comedian, writer, actor, and producer who has a net worth of $5 million dollars. Blake Anderson was born in Sacramento County, California, and moved to Los Angeles, California to study stand-up comedy and improvisation after finishing high school. He studied improvisation with the Groundlings and Upright Citizens Brigade, while also attending Orange Coast College, and working part-time delivering pizzas.

He subsequently co-founded the sketch comedy troupe, Mail Order Comedy. He and the other members of the group, Anders Holm, Adam DeVine, and Kyle Newacheck, performed all over southern California, while also pursuing their own careers. He went on to appear on such shows as "Traffic Light", "Entourage", "House", "Community", "Arrested Development", and "Loiter Squad". He also appeared in "National Lampoon's The Legend of Awesomest Maximus" and provided the voice of Daga in "Epic". He is most widely recognized for his co-starring role on "Workaholics". 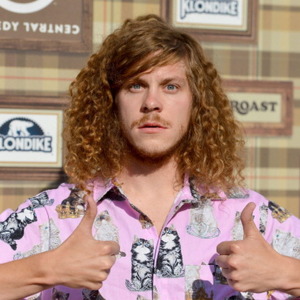