Billy Gardell net worth and salary: Billy Gardell is an American comedian and actor who has a net worth of $8 million dollars. Billy Gardell was born in Pittsburgh, Pennsylvania, in 1969, and is perhaps best known for his role as Mike Biggs on CBS' hit comedy series "Mike & Molly". Gardell first found himself around comedy when he worked at a local club and was dared by his co-workers to perform at open mic night.

Eventually, he went on to open for comedy superstars such as George Carlin and Dennis Miller. Gardell had dozens of TV and film credits to his name before landing his lead role on "Mike & Molly", including "The King of Queens", "Judging Amy", "Bad Santa", "The Practice", "Yes, Dear", "You, Me and Dupree" and "My Name is Earl". Gardell has also lent his voice to several animated characters on "Phineas and Ferb", "Family Guy", "and "Ice Age: A Mammoth Christmas". Gardell is an avid Pittsburgh Steelers fan and has been married to his wife, Patty, since 2001. 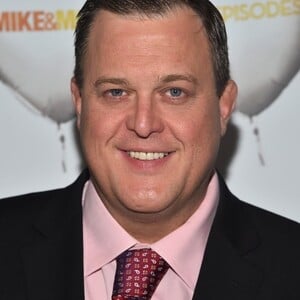