Billy Eichner net worth: Billy Eichner is an American comedian, actor, and writer who has a net worth of $5 million. Billy Eichner was born in New York City, New York in September 1978. Eichner created the Funny Or Die game show Billy on the Street and is also an executive producer, writer, and star of the show since 2011.

As an actor Eichner starred as Craig Middlebrooks in the television series Parks and Recreation from 2013 to 2015. Since 2015 he has starred as Billy Epstein in the series Difficult People. Eichner has been nominated for a Daytime Emmy Award for Outstanding Game Show Host and for a Primetime Emmy Award for Outstanding Short-Format Live-Action Entertainment Program or Funny or Die's Billy on the Street. He is openly gay. 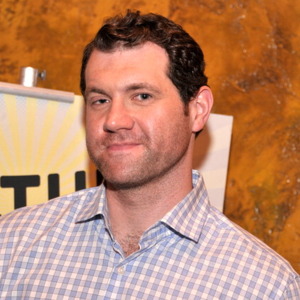