What is Billy Connolly's Net Worth?

Billy Connolly is a Scottish actor, artist, musician, and retired comedian who has a net worth of $20 million. Billy Connolly began his career singing in the folk rock band the Humblebums. In the 70s, he became a stand-up comic, and gained recognition for his eccentric, profane, and frequently improvised observational comedy. Connolly went on to appear in numerous films, including "Indecent Proposal," "Mrs Brown," "The Last Samurai," and "Lemony Snicket's A Series of Unfortunate Events."

Billy Connolly was born on November 24, 1942 in Glasgow, Scotland to Catholic parents William and Mary. When he was four, his mother left him and his older sister Florence while their father was serving as an engineer in the Royal Air Force. Consequently, Connolly and his sister were raised by their aunts in a cramped tenement. Eventually, their father returned, subjecting Connolly to years of physical and sexual abuse.

As a youth, Connolly went to St. Peter's Primary School, and then to St. Gerard's Secondary School. At the age of 14, he developed an interest in music. Following his graduation, he worked for John Smith's Bookshop delivering books by bicycle. Connolly subsequently did deliveries for Bilslands' Bakery, and then worked as a boilermaker at Alexander Stephen and Sons shipyard. After spending five years in the latter role, he took a stint in Nigeria helping to build an oil platform.

Following a brief job at John Brown & Company, Connolly decided he wanted to pursue a career as a folk singer. He bought a banjo and started to tour, performing at places such as the Scotia bar and the Montrose Street Glasgow Folk Club. Subsequently, Connolly formed the folk-pop duo the Humblebums with Tam Harvey. Later on, they were joined by Gerry Rafferty, and signed to the independent label Transatlantic Records. After releasing the 1969 album "First Collection of Merry Melodies," Harvey left the group. The Humblebums went on to release the albums "The New Humblebums" and "Open Up the Door." The group ultimately broke up in 1971.

Returning to his solo singing career in 1972, Connolly performed with a revue called Connolly's Glasgow Flourish, and played the Edinburgh Festival Fringe with poet Tom Buchan. The same year, Connolly released his first solo album, "Billy Connolly Live!," a mix of comedic songs and monologues. In 1973, he released the album that would become his breakthrough, a live double-album entitled "Solo Concert." The next year, Connolly sold out the Pavilion Theatre in Glasgow. His success soon spread to other countries such as Canada and Australia. In 1975, he signed to Polydor Records, and went on to release numerous live albums. Among his biggest hit songs was "D-I-V-O-R-C-E," a spoof of the Tammy Wynette song; it peaked at number one in the UK in 1975. 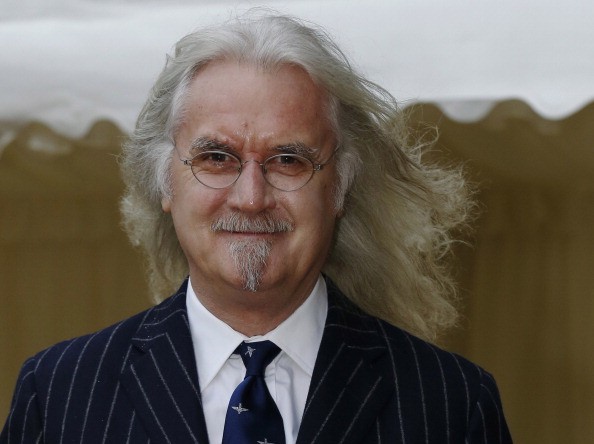 Connolly made his feature film debut in the 1978 thriller "Absolution," starring Richard Burton. He followed this in the 80s with roles in "Bullshot," "Water," and "The Return of the Musketeers." Connolly was more prolific on the big screen in the 90s. Early in the decade, he appeared in "The Big Man" and "Indecent Proposal." He went on to lend his voice to the Disney animated film "Pocahontas," and appear in the musical adventure comedy "Muppet Treasure Island." In 1997, Connolly gave one of his most acclaimed performances in the British period drama "Mrs Brown"; playing John Brown opposite Judi Dench's Queen Victoria, he received a BAFTA nomination for Best Actor. His subsequent credits included the comedies "The Impostors" and "Still Crazy," and the thrillers "The Debt Collector" and "The Boondock Saints." Connolly would later reprise his role as Noah MacManus in the sequel "The Boondock Saints II: All Saints Day."

In 2000, Connolly starred opposite Sharon Stone in "Beautiful Joe," and had a supporting role in "An Everlasting Piece." He went on to appear in such films as "Gabriel & Me," "White Oleander," "Timeline," "The Last Samurai," "Lemony Snicket's A Series of Unfortunate Events," "Fido," and "The X-Files: I Want to Believe." Among Connolly's later credits are "Gulliver's Travels," "Brave," "Quartet," "What We Did on Our Holiday," "The Hobbit: The Battle of the Five Armies," and "Wild Oats."

Early on in his acting career, Connolly appeared in episodes of the anthology series "Play for Today" and the sketch comedy show "Not the Nine O'Clock News." He was also in the television films "Androcles and the Lion" and "Blue Money." From 1990 to 1991, Connolly played Billy MacGregor in season five of the ABC sitcom "Head of the Class." He reprised his role in 1992 on the show's short-lived spinoff, "Billy."

In 1994, Connolly began hosting his "world tours" series of travel shows with "World Tour of Scotland." He went on to host numerous further entries through 2020, exploring places including Australia, Ireland, New Zealand, and the United States.

Connolly wed interior designer Iris Pressagh in 1969; they separated in 1981 before divorcing in 1985. The pair had two children. Later, in 1989, Connolly married psychologist and performer Pamela Stephenson, with whom he has three children.

In 2003, Connolly was appointed a Commander of the Order of the British Empire for his services to entertainment. Later, in 2017, he was knighted, becoming Sir William Connolly. 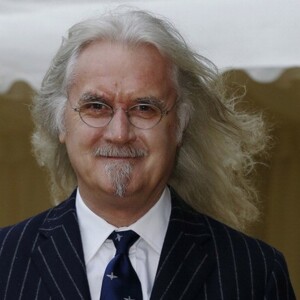