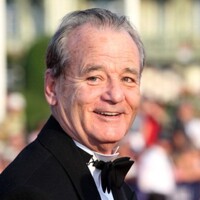 What is Bill Murray's net worth and salary?

Bill Murray is an American comedian, actor, writer, and producer who has a net worth of $180 million. After a long and illustrious career, Bill Murray has emerged as a true comedic legend. Murray's deadpan delivery and unique acting style make him a worthy addition to virtually any film, earning him countless awards.

William James Murray was born on September 21st of 1950 in Evanston, Illinois, and was raised in a suburb of Chicago alongside eight siblings in a large Irish-Catholic family. Three of his siblings would go on to be actors, although his father died when Murray was 17 – too early to witness his children's success. Bill appeared in many of his high school's theater productions during his youth.

After high school, things didn't go well for Murray. He attended pre-medical school but quickly dropped out and returned home. At age 20, he was caught at Chicago's O'Hare airport with 10 pounds of marijuana that he allegedly intended to sell. He was convicted but was given probation instead of serving jail time.

After his run-in with the law, Bill Murray was invited by his brother to join a comedy troupe in Chicago. After achieving success as a comedian, he traveled to New York and joined "The National Lampoon Radio Hour." This eventually led to Murray appearing in an off-Broadway adaptation of a "National Lampoon" show, which in turn caught the attention of the producers of "Saturday Night Live with Howard Cosell." 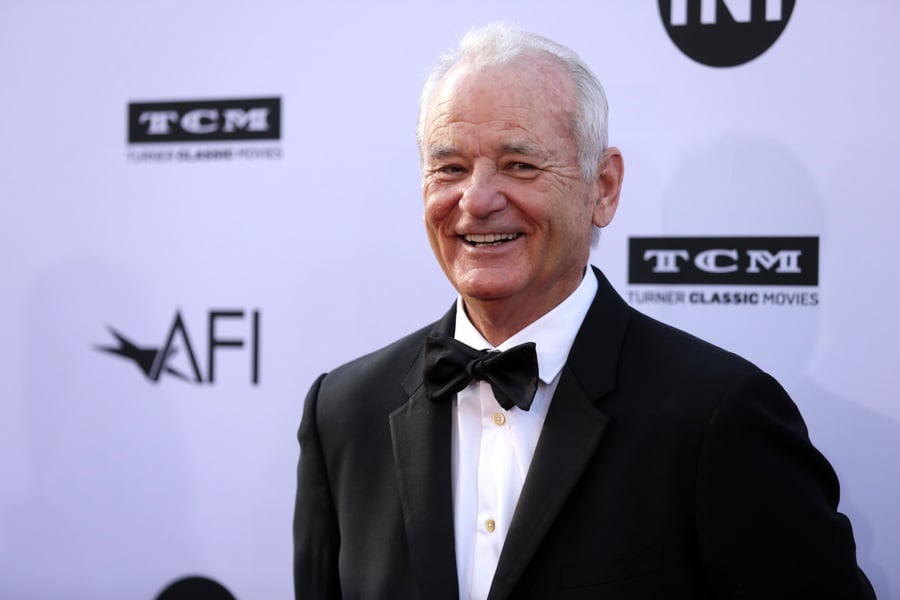 Although Murray had starred in 1979's "Meatballs," it was only after his departure from "Saturday Night Live" that he started to experience mainstream success in film. In 1980, he starred in "Where Buffalos Roam." This proved to be the beginning of a long string of successful roles for Bill Murray in the 1980s, and he appeared in films like "Tootsie," "Stripes," and "Caddyshack." In particular, the last film won Bill Murray considerable praise. In his youth, Bill Murray had worked as a caddie in real life.

Murray's next big role was in "Ghostbusters" – another '80s classic. However, this marked the beginning of a long hiatus from acting for Murray, as he was frustrated at the failure of "The Razor's Edge" at the box office. He had co-written the film and starred in the leading role. When it bombed, he retreated to Sorbonne University in Paris to study philosophy and history.

In 1988, Bill Murray returned to acting with the release of "Scrooge." Next year, he reprised his earlier role with the sequel of "Ghostbusters II." Perhaps his most successful role of the early '90s was in "Groundhog Day." "Space Jam" was another memorable role for Murray in 1996. He would build on his earlier success with the release of "Rushmore" in 1998, his first collaboration with Wes Anderson. The film received stellar reviews and Murray was singled out for his contribution.

"Rushmore" allowed Bill Murray to pursue dramatic roles with greater success, and he teamed up with Wes Anderson once again for "The Royal Tenenbaums." The role which won him greatest critical acclaim was perhaps "Lost in Translation," which was released in 2003 and starred a young Scarlett Johansson.

Murray continued to take on comedic roles, starring in "Charlie's Angels" and voice acting for several "Garfield" movies. That being said, his most prominent role of this period was in another Wes Anderson flick – this time playing the lead in "The Life Aquatic."

Murray had experienced enormous success during the last few decades and took another break from acting after the release of "The Life Aquatic." In 2009, he returned for yet another Wes Anderson movie, this time providing the voice for Mr. Badger in the animated film "Fantastic Mr. Fox." He followed this up with another voice acting role in 2016's "The Jungle Book," playing Baloo. Voice acting roles continued to be a source of success for Murray going forward, as he appeared in Wes Anderson's next animated movie, "Isle of Dogs." In 2019, it was announced that Murray would appear in Anderson's next film, "The French Dispatch."

Bill Murray has been married twice. In 1981, he married Margaret Kelly, whom he had met during the filming of "Stripes." The couple had two children together before they divorced in 1996. The reason behind their divorce was because Murray was having an affair with Jennifer Butler, whom he married in 1997. Bill Murray had four children with Butler before they divorced in 2008. Among other things, Jennifer Butler accused Bill Murray of addiction issues and domestic abuse.

Bill Murray is incredibly involved in minor league baseball, having owned shares in countless teams over the years.

Bill Murray has a reputation for being incredibly hard to contact and difficult to work with at times. In regard to the first point, Murray does not have an agent or a manager – a rarity in the film industry among actors. Instead, those interested in working with him typically call one of his phone numbers and leave a message on an answering machine. Murray doesn't check his messages regularly, and he only displays an interest in roles when he feels the script is worth his time. This approach has resulted in Murray "missing out" on various roles, although he doesn't see it this way for the most part. The fact that he's only willing to work with select directors generally only makes him more sought-after.

As for his reputation of being difficult to work with on set, this is largely due to the fact that he has a select group of directors that he "gels" with. These include Wes Anderson, James Jarmusch, and Sofia Coppola. Working with other directors who have a less harmonious relationship with the actor can prompt Murray to undergo mood swings on set.