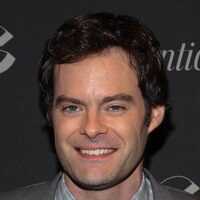 What is Bill Hader's Net Worth and Salary?

Bill Hader is an American actor, writer, and comedian who has a net worth of $14 million. Bill Hader has appeared in a wide range of roles in a variety of film and television projects. He is also an accomplished voice actor with a number of credits to his name. That being said, Bill is probably best known for writing and creating the HBO dark comedy series "Barry," in which he also stars. He also occasionally directs the series. In addition, he is known for appearing on "Saturday Night Live." Over the course of his career, Bill Hader has won a number of awards – including three Emmy Awards.

Bill Hader was born on June 7th of 1978 in Tulsa, Oklahoma. Raised alongside two younger sisters, Bill struggled to focus in school and was constantly joking around. Instead of focusing on his studies, he spent his time reading books and watching movies as a child. Some of his earliest influences were Monty Python movies and films by Woody Allen. During his high school days, he made short films with his friends and starred in a stage production of "The Glass Menagerie."

Due to his poor grades, he was rejected by the best film schools in the country. Eventually, he was accepted by The Art Institute of Phoenix and later studied at Scottsdale Community College. During this period, Hader worked odd jobs such as selling Christmas trees and acting as an usher at cinemas.

At a certain point, Bill Hader dropped out of college and moved to Los Angeles, intent on starting a career as a filmmaker. His parents allowed him to use the money they had put aside for his education while living in Los Angeles. He soon found work as a production assistant and aimed to become an assistant director. During this time, Hader worked 18 hour days on the set of movies like "Spider-Man" and "James Dean." Eventually, he quit after pulling a 20-hour day on the set of "The Scorpion King."

Things started to go downhill for Hader. He started working in a post-production facility and created his own short film, which he considered a failure. Next, he and his long-term girlfriend broke up. Intent on changing his life, Hader started studying improvisational comedy. Bill instantly fell in love with comedy and eventually formed his own sketch comedy group. The group gained attention from the right people, and Hader was invited to audition for "Saturday Night Live." Despite being nervous, the audition went well. Hader was not only invited to join the cast of "SNL," but he also gained the support of an agent and a manager.

Soon enough, Hader became famous for doing impressions on "Saturday Night Live." After making his debut on the show in 2005, he did impressions of some of the most well-known celebrities in the world. Despite this success, Hader later admitted that he never felt comfortable during his first four seasons on the show, and suffered a panic attack on the final episode of 2010.

Hader began to transition towards film roles in the mid-2000s, starting with his film debut in "You, Me and Dupree." The next year in 2007, Bill followed up with roles in "Knocked Up," "Hot Rod," "The Brothers Solomon," and "Superbad." The latter role helped advance Hader's film career considerably, as it was a massive commercial and critical success. 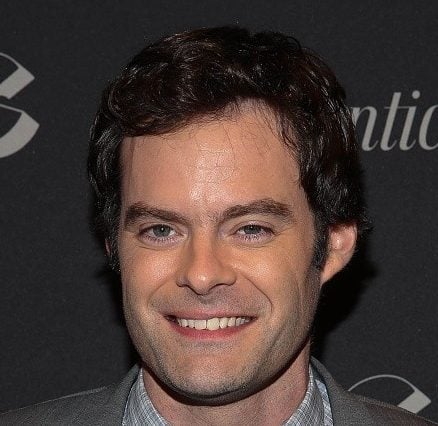 Towards the end of the 2010s, Hader began to collaborate with Trey Parker and Matt Stone on the animated series "South Park," initially being hired as a creative consultant. Eventually, he became a producer and joined the rest of the production staff in winning the 2009 Emmy Award for Best Animated Series. He later returned to the series in the 17th season, joining the writing staff.

In 2008, he co-wrote and starred in the web series "The Line." That year, he also appeared in the films "Forgetting Sarah Marshall" and "Pineapple Express." To round out a busy 2008, Hader starred in the film "Tropic Thunder." Although the film received mostly positive reviews, its controversial nature (including jokes about mental illness and Robert Downey Jr. wearing blackface) resulted in plenty of media backlash. Despite its divisive nature, the film grossed $197.5 million at the box office, becoming one of Ben Stiller's most successful films as a director.

In 2009, Hader appeared in films such as "Adventureland, "Year One," and "Night at the Museum: Battle of the Smithsonian." From 2011 to 2014, Bill started hosting "Essentials, Jr." on Turner Classic Movies. After an appearance on "The Mindy Project," he decided to leave "SNL" after spent eight seasons on the show. One of his first major dramatic roles came in 2014 with "The Skeleton King." Towards the mid-2010s, Hader appeared on the series "Brooklyn Nine-Nine" and booked a recurring role on the mockumentary series "Documentary Now!"

In 2015, he acted as a leading man for the first time in the comedy "Trainwreck." He booked another romantic role in the movie "Maggie's Plan."

In 2018, he created the series "Barry." Hader and the show have won a number of Emmys and other prominent industry awards. In 2018 Bill's "Barry" co-star Henry Winkler won a Primetime Emmy for Outstanding Supporting Actor in a Comedy Series. It was his first win after several decades of nominations.

In 2019, he starred in the film "It: Chapter Two" and received significant critical praise for this non-comedic role.

As a voice actor, Hader has worked on animated series such as Aqua Teen Force Hunger" "Xavier: Renegade Angel." He also voiced a character in the video game "Grand Theft Auto IV." In 2009, he lent his voice to the animated film "Cloudy with a Chance of Meatballs," which received strong reviews. That year, he also voiced a gazelle in "Ice Age: Dawn of the Dinosaurs." From 2010 to 2013, he voiced the character of Professor Impossible in "The Venture Brothers."

He also had relatively minor voice acting roles in films like "Star Trek Into Darkness" and "Scott Pilgrim vs. the World." In addition, he voiced Mr Peanut, the mascot of Planters Peanuts. In 2015, he voiced the character of Fear in the animated film "Inside Out." In 2017, he voiced the character of Alpha 5 in the film adaptation of "Power Rangers." In 2019, Hader lent his voice to "The Angry Birds Movie 2," "Toy Story 4," and the web series "The Dark Crystal: Age of Resistance."

In 2006, Bill Hader married Maggie Carey, a writer and director. Over the course of their relationship, the couple had three children. In 2017, they announced their separation, and the divorce was finalized in 2018.

In 2014, Bill Hader acquired a property in Pacific Palisades, California for $3.05 million along with his then-wife Maggie Carrie. The property boasts 3,400 square feet of living space, marble counters, and a pool/spa combo in the backyard.

In 2019, it was reported that Bill had upgraded to another Pacific Palisades home, this time paying $4.2 million. The property spans 4,300 square feet of living space and features an outdoor space with a pool and grilling area.