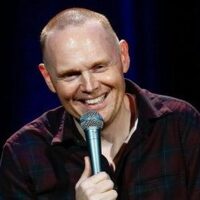 What is Bill Burr's Net worth and Salary?

Bill Burr is an American stand-up comedian, actor, and writer who has a net worth of $14 million. Bill Burr has been performing comedy in one capacity or another since 1992, but nowadays he's probably most familiar to mass audiences for his turns on television series like Breaking Bad and The Mandalorian.

Bill Burr was born in Canton, Massachusetts on June 10th, 1968 to a dentist and a nurse. He was interested in show business from an early age, eventually getting a degree in radio from Boston's Emerson College in 1993. Before his professional comedy career began in earnest, Burr held multiple jobs in warehouses, speaking fondly of the freedom those jobs afforded him, as in one stand-up routine on the subject: "If my boss gave me a rough time, I could just get on a forklift and just, like, drive away."

Bill Burr has become known for his satirical humor and observational comedy. He has performed on multiple late-night talk shows and various comedy specials on HBO and Comedy Central. He's also released multiple albums and began his weekly podcast, Bill Burr's Monday Morning Podcast, in 2007. Burr has made appearances as a guest on other comedians' podcasts, such as The Adam Carolla Show The Joe Rogan Experience, WTF with Marc Maron, Chris Hardwick's Nerdist podcast, and Nobody Likes Onions. Then in 2019, Burr started another podcast, this one called Bill Bert Podcast, co-hosted by fellow comedian Bert Kreischer. As far as his comedic idols are concerned, Burr has cited comics like George Carlin, Mort Sahl, Bill Hicks, Bill Cosby, Sam Kinison, Patrice O'Neal, and Richard Pryor as having had the biggest influence on his style of comedy. And he's earned his fair share of fans among his fellow comedians too, earning the "comedian's comedian" designation in several outlets, while Rolling Stone magazine called him "the undisputed heavyweight champ of rage-fueled humor" and The New York Times referred to him as "a cynic and a contrarian who has never paid any heed to political correctness," and The New York Times in 2013 called Burr "one of the funniest, most distinctive voices in the country for years."

Bill Burr has released multiple comedy specials. Some of his specials include Let it Go which was recorded at The Fillmore in San Francisco and debuted on Comedy Central in 2010, You People Are All The Same which premiered on Netflix in 2012, I'm Sorry You Feel That Way which debuted on Netflix in 2014, and Walk Your Way Out which was released on 2017 on Netflix. Like many other stand-ups, he's continued to work with Netflix, having released Paper Tiger in 2019, and in 2015, he released an animated show on Netflix called F is for Family that has been met with critical acclaim.

Burr has also been a familiar face to comedy fans outside of his own projects. He was frequently seen as a regular performer in sketches on Comedy Central's Chappelle's Show and appeared on six episodes of the later Comedy Central sketch show Kroll's Show. And the HBO series Crashing, set in the world of stand-up comedy and featuring performances from many real-life comics, featured Burr in an episode aptly titled "Bill Burr." He's also one of the comedians to be invited to appear on Jerry Seinfeld's interview series Comedians in Cars Getting Coffee. 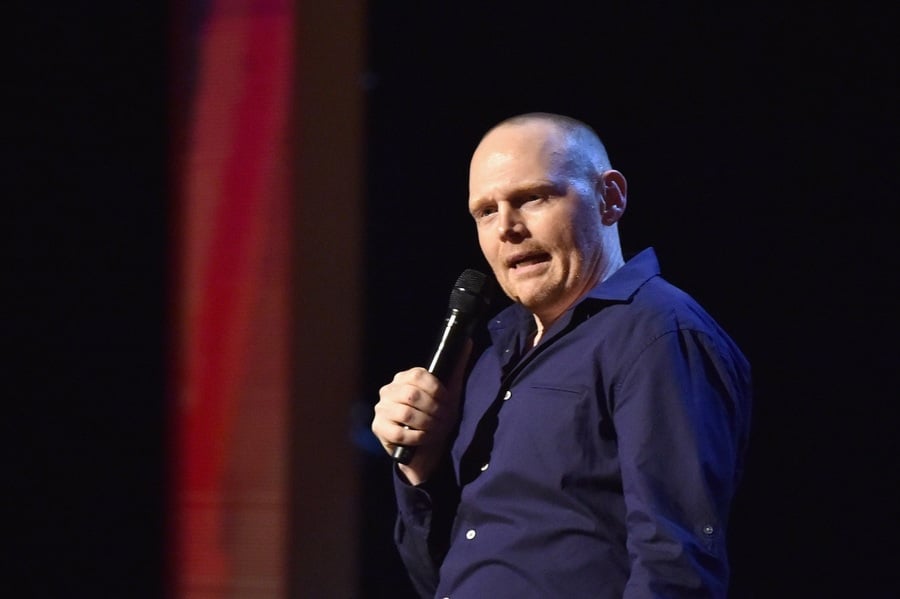 Despite primarily focusing on stand-up comedy and podcasting over the course of his career, Burr has appeared in a number of films and television shows. It all began back in 1996 when Burr landed the role of "Ryan Callahan" on the short-lived sitcom Townies, which aired for a couple of months on ABC. But now his list of credits includes Perfect Fit, Passionada, Twisted Fortune, Date Night, Breaking Bad, Stand Up Guys, Walk of Shame, The Heat, Black and White, and Zombeavers. He also appeared in an episode of Law & Order: Criminal Intent in 2002, portraying the role of a jogger. His Breaking Bad role brought him to yet another new audience, but in 2019 he reached his unlikeliest career milestone by officially joining the Star Wars universe in an episode of the Disney+ original series The Mandalorian.

Burr was a member of the group of comics associated with former radio show The Opie and Anthony Show, and in 2008, his voice was featured in the game Grand Theft Auto IV.

Burr has been married to producer, writer, director Nia Hill since 2013. Their daughter was born in January 2017. In his free time, Bill is a licensed helicopter pilot and also plays the drums. He's discussed his interest in heavy metal music and cigars, having enjoyed the latter pursuit with Jerry Seinfeld on his aforementioned Comedians in Cars Getting Coffee episode.

In 2017, Bill purchased a house in Los Feliz, California for $4.7 million. The following year he sold off a 2,663-square-foot villa, also in Los Feliz, that he'd purchased in 2011. Interestingly, he was reported at the time to still own a relatively nondescript one-bedroom apartment in the Hell's Kitchen neighborhood of New York City, presumably for keeping one foot in New York for comedy career purposes.