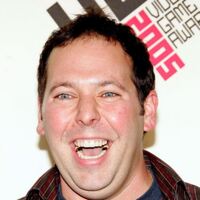 What Is Bert Kreischer's Net Worth?

Bert Kreischer is an American stand-up comedian, actor, reality television host, writer, producer and podcaster. Bert Kreischer has a net worth of $3 million. Dubbed "The Machine," Kreischer is known for performing stand-up comedy shirtless, and he has starred in the comedy specials "Comfortably Dumb" (2009), "The Machine" (2016), "Secret Time" (2018), and "Hey Big Boy" (2020). Bert began hosting the podcast "Bertcast" in 2012, and he co-hosts two other podcasts, "Bill and Bert" (with Bill Burr) and "2 Bears 1 Cave" (with Tom Segura).

Kreischer has hosted the shows "Hurt Bert" (2004), and "Bert the Conqueror" (2010–2011; 2016), and he created and hosted the cooking show "Something's Burning" (2018). In 2020, Bert starred on the Netflix reality series "The Cabin with Bert Kreischer," and he is also credited as an executive producer on that show (as well as "Hurt Bert," "Comfortably Dumb," "The Machine," and "Something's Burning"). Kreischer published the memoir "Life of the Party: Stories of a Perpetual Man-Child" in 2014, and in July 2021, he received "Variety's" Creative Impact in Comedy Award.

Bert Kreischer was born Albert Kreischer Jr. on November 3, 1972, in Tampa, Florida. His father, Al, was a real-estate attorney, and his mother, Gege, had a career in early childhood development. Bert studied at Jesuit High School, and after graduation, he enrolled at Florida State University, where he joined the Alpha Tau Omega fraternity and majored in English. During his sixth year at the school, "The Princeton Review" ranked FSU #1 on its list of America's top "party schools" of 1997. Kreischer was later named "the top partyer at the Number One Party School in the country" by "Rolling Stone" magazine, which published a six-page article about him entitled "Bert Kreischer: The Undergraduate." The article caught the attention of director Oliver Stone, who optioned the rights to Bert's story, and several writers submitted scripts to Stone. After the deal fell through, one of those writers changed Kreischer's name to "Van Wilder" in the script and sold it to National Lampoon. "National Lampoon's Van Wilder" was released in 2002 with Ryan Reynolds in the title role. In 2014, Bert said of the film, "I've never seen it. I had nothing to do with it."

Bert first performed stand-up comedy at the Tallahassee bar/nightclub Potbelly's. He sent a tape of his set to agent Jason Steinberg, who invited him to come to New York City to see a few stand-up shows. Kreischer then got a job working the door at Greenwich Village's Boston Comedy Club, and a few months after moving to NYC, he was offered a sitcom deal by Will Smith's production company.

In 2001, Bert appeared in the short film "Prepare to Meet Thy God" and the pilot "Life with David J." In 2004, he appeared on the DVD "National Lampoon Live: New Faces – Volume 2" and guest-starred on "The Shield," and one of his stories was animated for Comedy Central's "Shorties Watchin' Shorties." Kreischer appeared in the 2007 film "Alpha Mail," then he competed on the 2008 reality series parody "Reality Bites Back" alongside Amy Schumer, Tiffany Haddish, and other comedians.

His first comedy special, "Comfortably Dumb," aired on Comedy Central in 2009, and the following year, he began hosting the Travel Channel series "Bert the Conqueror." From 2011 to 2015, Bert regularly appeared on "Rachael Ray," and he has also appeared on "Conan," "Late Show with David Letterman," "Jimmy Kimmel Live," "Master Debaters with Jay Mohr," "Comics Unleashed," "Last Call with Carson Daly," "Lights Out with David Spade," "The Kelly Clarkson Show," and "This Is Not Happening." 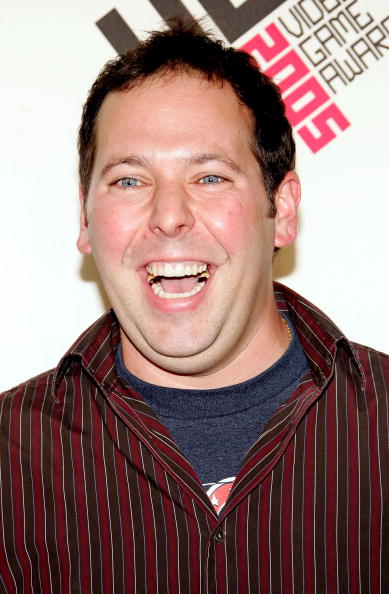 From 2012 to 2015, Kreischer hosted "Trip Flip" on the Travel Channel, and his second comedy special, "The Machine," aired on Showtime in 2016. In 2017, he lent his voice to the animated Nickelodeon series "The Loud House," and his Netflix specials, "Secret Time" and "Hey Big Boy" were released in 2018 and 2020, respectively.

In 2020, he starred on Netflix's "The Cabin with Bert Kreischer," a reality series in which he "heads to a cabin for some self-care and invites his funny friends to join his quest to cleanse his mind, body and soul."

In April 2021, it was announced that Kreischer and Mark Hamill would be starring in the film "The Machine," which is described as a "genre-bending comedy inspired by Bert's real-life adventures and subsequent breakout stand-up routine 'The Machine'." That stand-up routine, which has been viewed over 80 million times, is about a visit to Russia that involved Bert robbing a train with the Russian mafia. Kreischer is also executive producing the film.

In 2011, he appeared on the DIY Network series "Man Caves," and hosts Tony Siragusa and Jason Cameron turned his garage into a man cave that included a humidor and "floor-to-ceiling media center." Bert records his weekly podcast, "Bertcast," in his man cave, and he produces the podcast as well. Kreischer has also appeared as a guest on several podcasts, such as "WTF with Marc Maron," "The Joe Rogan Experience," and "Doug Loves Movies."

Bert married LeeAnn Kemp in December 2003, and they have two daughters, Georgia (born in 2004) and Ila (born in 2006). The family lives in Los Angeles, and LeeAnn hosts the podcast "Wife of the Party" from Bert's man cave. When asked by "Fatherly" to describe himself as a father, Kreischer replied, "Selfish. Mediocre. Loving. There are dads who kill it. I'm not one of those dads." In that interview, Bert also revealed that he grew up Catholic and is "ten times more religious than anyone else in [his] family," but he and LeeAnn aren't raising their children religiously because LeeAnn isn't religious.