Bernie Mac net worth: Bernie Mac was an American comedian and actor who had a net worth of $15 million dollars at the time of his death in 2008. He grew up putting on shows for his friends and neighbors, and began performing stand-up around Chicago when he was in his 20s. He won the Miller Lite Comedy Search when he was in his early 30s, and suddenly his career took off. He went on to appear on HBO's Def Comedy Jam, and to play co-starring and supporting roles in multiple film projects, including, "Friday", "B*A*P*S", "Booty Call", "Life", "Ocean's Eleven", "What's the Worst That Could Happen", "Bad Santa", "Charlie's Angels: Full Throttle", "Mr. 3000", "Ocean's Twelve", and "Transformers". He also starred on the hit series, "The Bernie Mac Show" for five seasons on Fox. He toured the country as part of the "Kings of Comedy" tour. He passed away in 2008 at the age of 50.

Early Life: Bernie Mac was born Bernard Jeffrey McCullough in Chicago, Illinois on October 5, 1957 to parents Mary McCullough and Jeffrey Harrison, who had already had one child together. Mac grew up with his mother and maternal grandparents in Chicago until moving to Florida when he was 16 following the death of his mother. He soon experienced even more tragedy as both his estranged father and older brother died shortly after. He then returned to Chicago where he graduated from Chicago Vocational High School in 1975.

Comedy and Film Career: Before experiencing success in comedy, Mac held a number of different jobs including bus driver, cook, janitor, delivery man, and professional mover. During this time, he began honing his comedy skills by doing comedy on the weekends at different clubs like Chicago's Cotton Club.

At the age of 32, Mac won the Miller Lite Comedy Search which helped him develop a stronger following. His popularity continued to increase after a successful performance on HBO's "Def Comedy Jam." The performance earned him a reputation for being fearless, as he had been able to calm a hostile crowd following comedian Martin Lawrence's unsuccessful attempts. Mac began opening crowds for increasingly large acts, including both comedians and musicians like Redd Roxx, Natalie Cole, and Dionne Warwick. He eventually began selling out shows as the featured act.

While developing his stand-up career, Mac had also been auditioning for small roles in feature films. He appeared in "House Party 3" in 1994, "B.A.P.S." and the 1995 Ice Cube film, "Friday."  Later the same year, Mac was selected to play the leading role in the Apollo Revival of "Wiz." His roles in major feature films continued to increase, landing the starring role in the film "The Players Club" as well as a supporting role in the 2001 film "Ocean's Eleven" alongside Brad Pitt, George Clooney, and Julia Roberts. He played a retired baseball player in "Mr. 3000" and as Bosley in "Charlie's Angels: Full Throttle" and also landed roles in "Bad Santa," "Guess Who?" and "Transformers." Following Mac's death, three films featuring Mac were released posthumously – "Madagascar 2: Escape 2 Africa," Soul Men," and "Old Dogs."

Mac also experienced success in television. Following Mac's commercial success, the Fox network granted him his own television show, "The Bernie Mac Show" in which Mac played a fictional version of himself which ran from 2001 to 2006. The show received critical and fan recognition, winning an Emmy Award in the Outstanding Writing category and a Peabody Award for excellence in broadcasting. The show also was recognized as one that promoted human dignity through writing by receiving the Humanitas Prize. "TV Guide" also recognized Mac's character on the show as one of the "50 Greatest TV Dads of All Time." Mac's performance specifically was also recognized, as his portrayal of the fictional version of himself was nominated for multiple Emmy Awards, Golden Globe Awards, and Kids Choice Awards. He also won a number of NAACP Image Awards, a Prism Award, several Satellite Awards, and a BET Comedy Award. 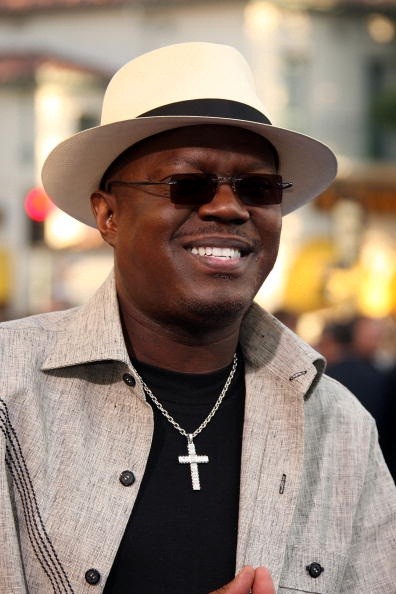 Personal Life: Mac married his high school sweetheart Rhonda Gore on in 1977. The couple had a daughter, Ja'Niece Childress, in 1978. The couple remained married until 2008.

In addition to his acting and comedy career, Mac had a deep love and appreciation for baseball. In 2003, he sang "Take Me Out to the Ball Game" at Wrigley Field during the National League Championship Series featuring the Chicago Cubs and the Florida Marlins. His real love was for the Chicago White Sox however, who he had followed since childhood. He often worked in references to the team on "The Bernie Mac Show" and even started an episode with a congratulatory segment after the White Sox had won the World Series championship in 2005.

Mac had disclosed to the public in the years leading up to this death that he was diagnosed with sarcoidosis, which caused severe inflammation in his lungs. After being admitted into Northwestern Memorial Hospital in Chicago for pneumonia, Mac when into cardiac arrest and passed away the following morning, on August 9 at the age of 50.

A week after his death, a public funeral was held at the House of Hope Church that attracted almost 7,000 attendants, including some of his celebrity friends like Ashton Kutcher, Samuel L. Jackson, Chris Rock, Steve Harvey, and Don Cheadle, among others.

A local Chicago television station, WCIU-TV, aired an exclusive special on the day of Mac's funeral, "A Tribute to Bernie Mac," which included interviews with some of Mac's family, friends, and former colleagues. Eight years after Mac's death, friend and colleague Steve Harvey aired a special honoring Mac's life on his television show after the Chicago mayor, Rahm Emanuel, declared November 14 as "Bernie Mac Day." The principal of Mac's former high school, Chicago Vocational High School, also announced that the school's auditorium was to be renamed the "Bernie Mac Auditorium" in Mac's honor.

Since his death, "Rolling Stone" magazine has included Mac in their list of the 50 Best Stand-Up Comics of All Time. Mac's widow, Rhonda Gore, was heavily involved in the creation of the Bernie Mac Foundation, which provides funding for research focused on the treatment and cure of sarcoidosis. 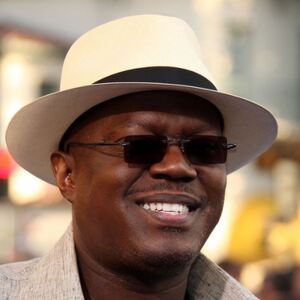