Benny Hill net worth and salary: Benny Hill was an English comedian and actor who had a net worth of $15 million dollars at the time of his death (adjusting for inflation). Born in Southampton, Hampshire, England on January 21, 1924, Hill was best known for The Benny Hill Show, which aired from 1955 to 1991. He became active in the entertainment industry in 1937 and was said to be influenced by Jack Benny and Charlie Chaplin. He first became involved in acting after receiving a job as an assistant stage manager.

He was born as Alfred Hawthorne Hill but changed his name under in honor of Jack Benny. He started working as a radio performer after World War II. His performances included a variation of Shakespeare's A Midsummer Night's Dream as well as an attempt at his own personalized series, Benny Hill and Benny Hill Time. His best known work includes Who Done It?, Those Magnificent Men in Their Flying Machines, Chitty Chitty Bang Bang, The Italian Job, as well as a series of audio recordings. Charlie Chaplin was said to be a fan of Hill's work, therefore Hill is known to be one of the first non-family members of Chaplin's to be welcomed into his private study. Hill received the Charlie Chaplin International Award for Comedy in 1991. Hill suffered a kidney failure and died of coronary thrombosis on April 20, 1992 in Teddington, London, England after refusing a heart bypass surgery.

Benny Hill Estate Value And Inheritance: At the time of his death in 1992, Benny Hill's estate was worth $8.5 million, which is roughly the same as $15 million today after adjusting for inflation. He wrote his will three decades before his death. His parents were named as his beneficiaries when the will was written. Since his parents were deceased in 1992 when Benny died, the fortune would next go to his siblings. Unfortunately in 1992 his siblings were also deceased so the money went to several nieces and nephews, several of whom he had never met because he was estranged from their parents. 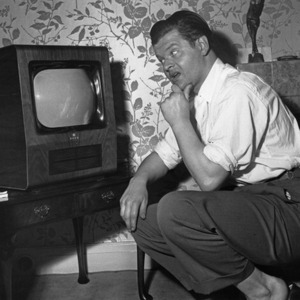