Ben Schwartz net worth: Ben Schwartz is an American actor, voice actor, comedian, writer, director, and producer who has a net worth of $3 million. Ben Schwartz was born in The Bronx, New York in September 1981. As an actor he starred as Evan Mintz on the television series Mayne Street from 2008 to 2009.

Schwartz starred as Bill Hoyt on the TV series Undercovers from 2010 to 2012. One of his best known roles came starring as Jean-Ralphio on the series Parks and Recreation from 2010 to 2015. From 2012 to 2016 Ben Schwartz starred as Clyde Oberholt on the television series House of Lies. He has provided voicework for several series including Rise of the Teenage Mutant Ninja Turtles and DuckTales. Schwartz has appeared in or worked on films including The Other Guys, Runner Runner, The Interview, Star Wars: The Voice Awakens, Night School, and The Lego Movie 2: The Second Part. In 2009 he won a Primetime Emmy Award for Outstanding Original Music and Lyrics for The 81st Annual Academy Awards. He also won Behind the Voice Actors Awards in 2018 for DuckTales. 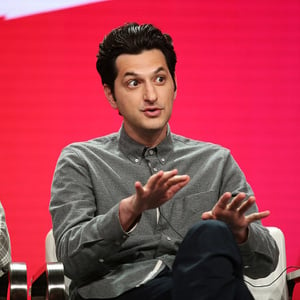