What is Aziz Ansari's Net Worth?

Aziz Ansari is an American actor, writer, and stand-up comedian who has a net worth of $25 million. Ansari is best known for his role as Tom Haverford on the NBC series "Parks and Recreation," and he stars in Netflix's " Master of None, " which he also created. Aziz has won several awards for "Master of None," making him the first Asian-American to win a Golden Globe for television acting. Ansari is also an author, and his 2015 book "Modern Romance: An Investigation" reached #1 on the "New York Times" Bestsellers list.

Aziz Ansari was born Aziz Ismail Ansari on February 23, 1983, in Columbia, South Carolina. His parents are Tamil Muslims from India and both work in the medical field – mother Fatima in gynecology and obstetrics and father Shoukath in gastroenterology. Fatima and Shoukath have also both appeared on "Master of None," and younger brother Aniz is a writer for the show. Though Aziz is from a Muslim family, he does not consider himself religious. He grew up in the rural town of Bennettsville, SC, and attended Marlboro Academy and the South Carolina Governor's School for Science and Mathematics. Ansari then attended New York University Stern School of Business and began performing stand-up comedy at the Upright Citizens Brigade Theatre and other spots around NYC; he graduated in 2004 with a Bachelor of Business degree in marketing.

Ansari was the first actor cast on "Parks and Recreation" (2009-2015) and he played Tom Haverford, a sarcastic Parks Department employee with dreams of becoming an entrepreneur. His performance earned him nominations from the American Comedy Awards (2014) and the Image Awards (2013), and Haverford was ranked #10 on "Paste" magazine's 20 Best Characters of 2011 list. Aziz appeared on 123 episodes during the show's 7-season run and virtually reunited with the cast in 2020's "A Parks and Recreation Special," which aired during the Coronavirus pandemic.

Ansari created, co-writes, and stars on Netflix's "Master of None," which began streaming in November 2015, and he has directed 6 episodes of the series. His performance as actor Dev Shah has earned him critical acclaim as well as several awards, and the show has been honored with a 2015 Peabody Award and 2 American Film Institute Awards for the Top 10 TV Programs of the Year (2015 and 2017). Aziz has appeared on more than 20 TV shows, including "Reno 911!," "Scrubs," "Bob's Burgers," and "The League," and he hosted "Saturday Night Live" in 2017. Ansari also hosted the "MTV Movie Awards" in 2010 and appeared on "The Comedy Central Roast of James Franco" in 2013.

Rolling Stone magazine included Aziz on their 2005 "Hot List," naming him "Hot Standup," and the following year, he received the Jury Award for Best Standup at the U.S. Comedy Arts Festival. He toured with Flight of the Conchords and appeared in an episode of their HBO series in 2007, and in January 2010, his comedy special "Intimate Moments for a Sensual Evening" aired on Comedy Central and was released on CD and DVD. Ansari released his follow-up, "Dangerously Delicious," on his website in March 2012, and Comedy Central Records released it as a digital album in May. His third special, "Buried Alive," premiered on Netflix in November 2013, and in 2015, Comedy Central Records released it digitally and on vinyl. Netflix also premiered "Live at Madison Square Garden" in March 2015 and "Right Now" in July 2019. 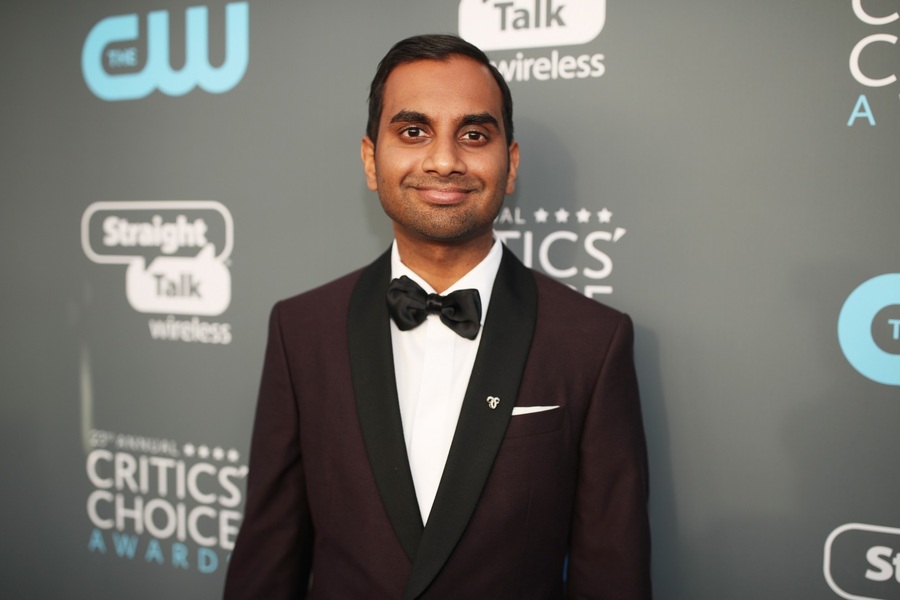 (Photo by Christopher Polk/Getty Images for The Critics' Choice Awards )

Ansari dated pastry chef Courtney McBroom from August 2013 to January 2016, and he began a relationship with Serena Skov Campbell, a Danish physicist, in 2018. Aziz is very passionate about food and started "The Food Club" with his friends Jason Woliner and Eric Wareheim; the men dine together at restaurants, and if they enjoy their meals, they award a plaque to the establishment.

In a January 2018 Babe.net article, a woman calling herself "Grace" accused Aziz of sexual misconduct, describing a 2017 date with Ansari in graphic detail. Aziz responded to the allegations, saying that the encounter was consensual, and though he received criticism because he didn't publicly apologize for the incident, he stated in his 2019 Netflix special that he felt terrible about the situation and hoped that it would lead to people becoming more thoughtful.

In 2016, "Smithsonian Magazine" honored Ansari with an American Ingenuity Award for Performing Arts, and he won a "Variety" Power of Comedy Award in 2014. Aziz was ranked #49 on "Rolling Stone" magazine's 2017 list of the 50 Best Stand-Up Comics of All Time. "Master of None" won him a Golden Globe for Best Performance by an Actor in a Television Series – Musical or Comedy (2018), a Gold Derby Award for Comedy Episode of the Year (2017), an IGN Award for Best Comedic TV Performance (2017), and Emmys for Outstanding Writing for a Comedy Series in 2016 and 2017. Ansari also received the Charlie Chaplin Britannia Award for Excellence in Comedy in 2017.

In 2013, Aziz paid $2.68 million for a 3,016 square foot home in the Los Feliz area of Los Angeles, and in 2018, he bought a 2,452 square foot Tribeca loft from New York Rangers captain Ryan McDonagh. Ansari paid $5.7 million for the NYC home, and Taylor Swift is his upstairs neighbor. 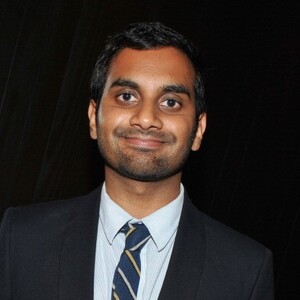