What is Artie Lange's Net Worth and Salary?

Artie Lange is a radio personality, comedian, actor, and writer who has a net worth of $1 million. At the peak of his career, Artie Lange's net worth topped $6 million. Throughout his life, Lange has struggled with a number of personal and financial issues that have put a dent in his personal fortune.

After gaining prominence through "Mad TV," Lange advanced his career when he joined "The Howard Stern Show." He left Stern's radio program in 2009.

Outside of stand-up comedy and radio, Artie is also known for appearing in sitcoms like "The Norm Show" and movies such as "Dirty Work." Lange has published a book called "Too Fat to Fish," which topped the "New York Times" Best Seller List.

Artie attempted suicide in 2010, which prompted him to go into rehab for a period. After resuming his career after this incident, Lange relapsed once again and was arrested for a number of different offenses. Artie also battled substance abuse issues throughout his life, and in 2018 he went into a drug rehabilitation program. In 2020, he returned with a new podcast.

Arthur Steven Lange Jr. was born on October 11th of 1967 in Livingston, New Jersey. Raised in Union Township, Union County, Lange became an all-county third baseman during his high school years. Unfortunately, his grades weren't as promising. In 1985, Artie was arrested for zn attempted bank robbery. He claimed that he was only trying to flirt with the teller by passing her a note that informed her that he was armed and intended to rob the bank.

After completing community service as a result of a reduced disorderly conduct charge, Lange attended Seton Hall University in 1985. While in college, Artie's father fell off a ladder and became a quadriplegic. During this period, Lange worked a number of odd jobs to help support his family. Howard Stern sent the family an autographed jacket that they were able to auction for money. Eventually, Artie's father passed away.

Artie started his stand-up comedy career at the age of 19 in Manhattan. After struggling for a number of years, he joined improv troupes and landed voice acting gigs in commercials – his first paying work. During this period, Lange became addicted to drugs and alcohol. By the age of 27, Artie was one of the eight sketch members of "Mad TV," beating out thousands of other candidates for the position. He started to take more cocaine, and in 1995 he attempted suicide by drinking whiskey and a number of prescription drugs. His co-stars on "Mad TV" discovered him and took him to intensive care, saving his life.

For the next period, Lange remained sober. However, he returned to his cocaine habit by 1996, prompting his "Mad TV" co-stars to stage an intervention. He was then arrested and served a brief jail sentence. After spending time in a psychiatric hospital, Lange made special guest appearances on "Mad TV" but was no longer a main cast member.

After departing from "Mad TV," Artie returned to stand-up comedy and appeared in the film "Dirty Work." This exposure revitalized his career, leading to a number of additional film and TV opportunities. During this period, he appeared in films such as "Mystery Men" and "The Bachelor." In 1999, he also booked a central role in "The Norm Show." In 2001, Artie developed a longstanding partnership with Howard Stern and became a regular addition to "The Howard Stern Show" over the next few years.

By the mid-2000s, Lange's drug problems had resurfaced. During the production of one film, he drank heavily and started to take a large number of painkillers. He also tried heroin for the first time and started to take time off work as a result. Eventually, his heroin problem caused him to complete a 21-day rehab program. Another heroin relapse followed, and Artie hired two former police officers to help him stay clean.

In 2009, Lange was charged with a DUI in New Jersey. Later that year, he entered another rehab facility in Long Island. In 2010, Artie attempted suicide a second time by drinking bleach, cutting his wrists, and stabbing himself in the torso several times with a kitchen knife. He then underwent surgery and was transferred to a psychiatric hospital after he recovered. By 2011, his drug addiction had surfaced once again, and he attended rehab. Over the next few years, Lange would continue to relapse several times, and he also was arrested for a number of different offenses.

Before he got into comedy, a "connected" family friend secured the 22-year-old Artie a cushy job at the docks that paid $70,000 per year. As an original cast member of Fox's MADtv, Lange earned $10,000 a week.

When he was on The Howard Stern Show he earned an annual salary of $2 million.

Although the film "Dirty Work" was a flop, Artie was able to secure over $1 million worth of development deals with NBC. He also landed a recurring role with costar Norm MacDonald on "The Norm Show," which lasted two seasons and paid him $35,000 per week. 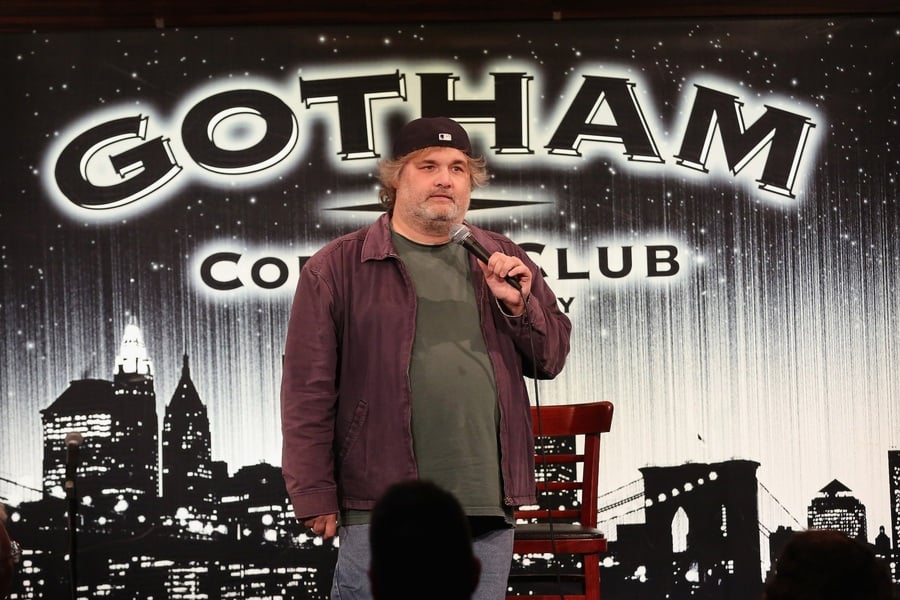 Artie Lange has struggled with a number of financial issues over the course of his life. Although he has made millions of dollars as a successful comedian, he also squandered an incredible amount of income on a drug-fueled party lifestyle. Every week throughout the two years that Artie appeared on MADtv, he would cash his entire check on Fridays, wire $4000 home to his mother, and then spend the rest on drugs, alcohol, food, and partying. Artie's run with MADtv ended after his drug habit spiraled out of control.

After raking in a career-high fee of $140,000 to perform two shows and make a club appearance during Super Bowl weekend in 2008, Lange wasted an incredible amount of money shortly afterward. Artie has since admitted that he lost more than $80,000 that very same night while gambling, and spent another $10,000 on a single prostitute.

In 2016, Artie Lange finally managed to sell his home in Toms River, New Jersey for $1.1 million, after it had been on the market for almost six years. He originally paid $2.45 million for the residence back in 2018, so this represented a notable loss for Artie. Originally, Lange had put the home on the market for $3.5 million back in 2010, during a very dark period in his life fraught with suicide attempts and addiction. However, multiple price cuts soon followed, and Lange was forced to walk away with over $1 million less than what he originally paid for the home.

The property spans 7,000 square feet and sits on just under an acre of land. Two large decks overlook the bay, and there's a waterfront dock as well as a pool on the land. This home was one of the most expensive properties listed in the area of Toms River. Lange also owns a penthouse in Hoboken, New Jersey, which he originally purchased for $620,000. 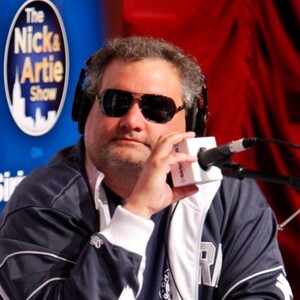