What is Arsenio Hall's net worth?

Arsenio Hall is a well-known comedian, talk show host, television personality, actor, writer, and producer who has a net worth of $30 million. Arsenio Hall has earned his net worth through his years acting in both television and films and through real estate investments. He is probably most famous for being the host of the 90s talk show, "The Arsenio Hall Show," which was rebooted and brought back from 2013 to 2014.

Arsenio Hall was born on February 12, 1956, in Cleveland, Ohio. His father Fred was a Baptist minister. His mom's name is Annie Hall, like the movie character. Arsenio loved magic when he was a kid and performed magic shows for his parents and friends. In 1973, he graduated from Ohio's Warrensville Heights High School. Arsenio Hall attended Kent State University in Kent, Ohio.

After college, Hall moved to Chicago, and then Los Angeles, to pursue his career in comedy. He appeared on "Soul Train" a number of times. In 1984 he landed the job as the announcer/sidekick for Alan Thicke on his short-lived talk show "Thicke of the Night"  His big break came in 1988 when he co-starred in "Coming to America" with Eddie Murphy.

Hall's route to hosting his own talk show started when he filled in as interim host of "The Late Show," a late-night talk show Fox created to compete with "The Tonight Show Starring Johnny Carson." The show originally featured the late comedian Joan Rivers but the ratings were bad so she was fired. Hall's run as an interim host was so popular he developed a cult following. Fox canceled "The Late Show" in 1988 but "The Arsenio Hall Show" debuted on January 2, 1989, as a nationally syndicated show. The show was a hit, especially among younger people. Hall (and his show) became known for his alternative to clapping by chanting "Roo, Roo, Roo!" while pumping their fists. This isn't something unique to Hall, its the Cleveland Brown's "Dawg Pound" chant in the east end zone. Hall's "Roo, Roo, Roo" became a nightly ritual and a pop-culture symbol. Hall's show also became infamous as the place then-Presidential candidate Bill Clinton played his saxophone. "The Arsenio Hall Show's" last episode aired on May 27, 1994.

During the run of "The Arsenio Hall Show," Hall used his fame to educated people about HIV/AIDS after Magic Johnson revealed that he was HIV positive. In the early 1990s, Hall and Magic Johnson filmed a PSA about the disease.

Over the years since the end of "The Arsenio Hall Show," he's been a guest on several talk shows. Hall has also worked as a voice actor. From 2003 to 2004, he hosted the revival of "Star Search." 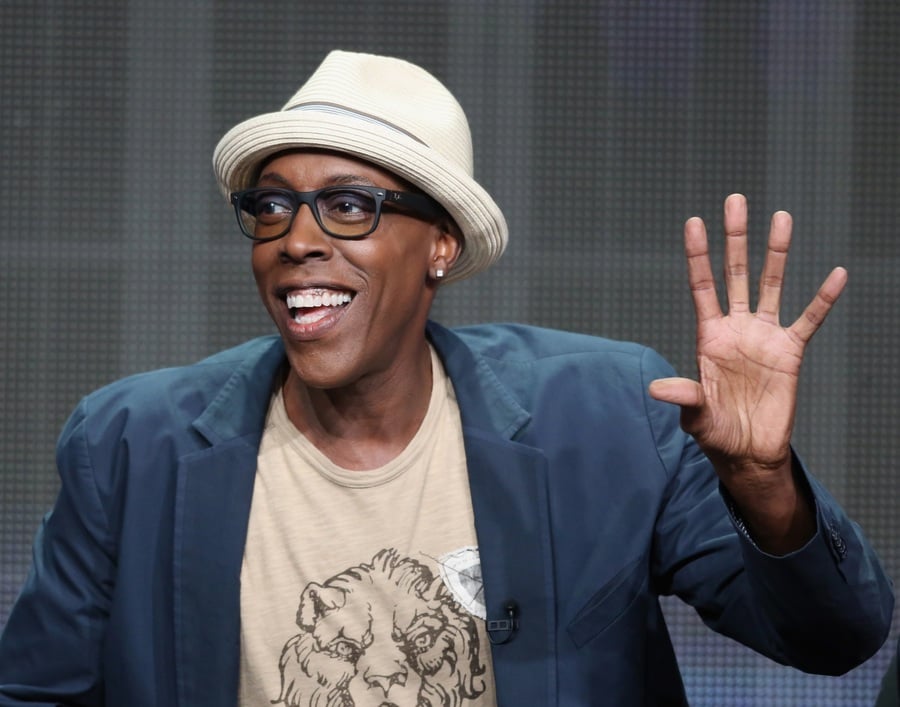 "The Arsenio Hall Show," was revived for 20th-century audiences in 2013.  It was canceled after one season due to low ratings.

In August 2019 it was confirmed that Arsenio and Eddie Murphy were filming a highly-anticipated sequel to "Coming to America."

Arsenio has one son, Arsenio Jr., who was born in 1998 to his long time girlfriend Cheryl Bonacci.

Hall had a rivalry with Jay Leno during his original run of "The Arsenio Hall Show" after Leno was named host of "The Tonight Show." Hall said that he would "kick Jay's ass" in ratings.

After "The Arsenio Hall Show" ended in 1994, Hall retreated from the public eye for a number of years. Then, in 1997, he went online and saw rumors that he had checked into Betty Ford for rehab. Hall made up a fake name and responded to those posts with "I know Arsenio better than anyone else and he's not in detox, you idiots."

Hall filed a $5 million defamation lawsuit in 2016 against singer Sinéad O'Connor after she claimed that Arsenio was responsible for Prince's drug habit. O'Connor also alleged that Hall had spiked her drink at a party at Eddie Murphy's house. O'Connor apologized and retracted her allegation about Hall and Prince's drug habit and as a result, Hall dropped his lawsuit.

In June 2020, Hall tweeted out his support for NASCAR driver Bubba Wallace, writing: "I don't know @BubbaWallace, but I'm sooooo proud of him, and I'm a fan! Big ups to @NASCAR also! It's incredible that they are on the correct side of history … and our American president is NOT! Say it @realDonaldTrump —> #BlackLivesMatter" Wallace found a noose in his garage in June 2020. Wallace is the only black NASCAR driver.

Arsenio Hall spent the stay-at-home time during the 2020 pandemic reading and tweeting. On June 15, he tweeted: "I know some of you are sick of the #coronavirus shit! But the shit is still out there trying to make us sick. So distance, wear that mask, and put on En Vogue singing "never gonna get it" and wash your hands OFTEN, for 20 seconds. Oh … one mo' thing … #BlackLivesMatter."

One of Arsenio's best career moves has involved real estate. In 1990 he paid $3.5 million for a palatial mountaintop estate in Topanga, California. At one point in the late 1980s, the sprawling property was listed for $10 million. Arsenio scooped it up in a cold real estate market for what is today considered a steal.

Located in a remote area of the Santa Monica mountains, his estate covers more than 30 acres. It features a custom-built 10,000 square-foot mansion that resembles an enormous space ship. The property has a mini-golf course, tennis courts, a pond, a basketball court that has 360-degree views of LA, and much more. Arsenio's Topanga compound/estate could be worth $20+ million in the right market, to the right buyer.

In October 2021, Arsenio paid $5.2 million for a home in Tarzana, California. The seller was actor Sean Murray. 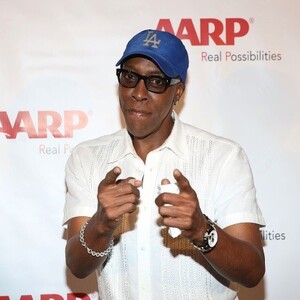