Aries Spears Net Worth and Salary: Aries Spears is an American stand-up comedian and actor who has a net worth of $4 million dollars. Spears was the second longest-serving comedian on Fox's sketch comedy show "MADtv", appearing in 198 episodes.

Early Life: Aries Spears was born on April 3, 1975 in Chicago, Illinois and moved to New York as an infant. His mother, Doris Spears, is a jazz singer. At age 11, Spears moved to New Jersey and attended Arthur M. Judd Elementary School. He became a comedian at age 14 and began performing stand-up comedy in various comedy clubs around New York City.

His first stand up comedy was doing impressions at the Upton Comedy Club in Harlem, and Spears recalls doing impressions of James Brown and Jack Nicholson during his first performance. Spears was expelled from his New Jersey high school, North Brunswick Township High School, during his sophomore year after getting into a fight with other students.

Career: He continued doing comedy to fill his newfound free time and soon broke into acting with an appearance on "Def Comedy Jam" with Russell Simmons. Spears followed that up with 1987's "It's Showtime at the Apollo." By the early '90s, he moved to Los Angeles and began acting on "A Different World" and taking his comedy act to a variety of Hollywood venues, including The Improv and The Laugh Factory.

He also appeared in "Malcolm X," "South of Sunset", "Home of Angels", and "Jerry McGuire." Other TV credits around this time include "Crosstown Traffic," "The Adventures of Brisco County, Jr.," and "Soul Train.

Spears left at the end of the show's 10th season in 2005. During his time on the show, Spears not only impersonated hundreds of characters but also created characters such as comedian Belma Buttons, co-host of the fictional BET show "Reality Check," Dollar Bill Montgomery, a host of the urban parody of "Politically Incorrect" called "Real **********ing Talk with Dollar Bill Montgomery," James Brown Jr. co-host of "Cabana Chat" and controversial rapper Emcee Esher. Aries appeared in 198 episodes and was the second longest-serving cast member on the show behind Michael McDonald.

Life After "Mad TV:" Spears appeared in a season two episode of 2005's Comedy Central show "Mind of Mencia", which parodied Jamie Foxx's role in Kanye West's music video for "Gold Digger." In 2006, Spears appeared in the movie "Hood of Horror." He was in the show "The Underground" and voiced the character Wizard Kelly in "The Proud Family." He appeared as Shaquille O'Neal in two episodes of Frank Caliendo's sketch comedy show "Frank TV." Spears also appeared alongside Cedric the Entertainer and other comedians in the All Star Comedy Jam in 2009. Spears' other TV and film credits include "Love Chronicles", "Josie and the Pussycats", "Why Do Fools Fall in Love", "Out-of-Sync", "The Boondocks," "American Dad," and "Black Dynamite".

In 2011, Aries released a stand up comedy special called "Aries Spears: Hollywood, Look I'm Smiling." It aired on Showtime. Spears is slated to appear in the dark comedy feature film "The Immoralist" in 2020.

Personal Life: Aries got married to Elisa Lerrgui in 2010. They divorced in 2014 and the star was ordered to buy his former wife a brand new house in Florida, with the stipulations that the house Spears buys must be the house of Elisa's choosing and must cost in the range of $300-375 thousand dollars. Spears was also ordered to buy Lerrgui a luxury SUV in the price range of $60-70 thousand dollars.

Aries and Elisa reunited and got remarried on May 31, 2015. They separated again on August 1, 2018 and were divorced again by 2019, citing irreconcilable differences. The couple has two children together, Jordan and Jada. 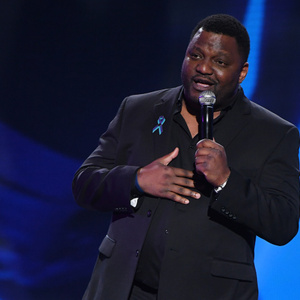