Anthony Padilla net worth: Anthony Padilla is an American YouTube personality and comedian who has a net worth of $3 million. Anthony Padilla was born in Sacramento County, California in September 1987. He is best known for being the co-founder of the sketch comedy duo Smosh along with Ian Andrew Hecox.

Padilla started posting flash animations in 2003 using the name Smosh and started posting YouTube videos in 2005. Smosh has more than 23 million subscribers and 8 billion views as of November 2018. Their channel on YouTube has been the most subscribed channel three separate times. Smosh has released the comedy music albums Sexy Album in 2010 and If Music Were Real in 2011. Padilla has produced several series including Ask Charlie, Smosh Pit Weekly, El Smosh, Zombies vs. Ninjas: The Web Series, Samurai! Daycare, Oishi High School Battle, Just Shut Up!, 16-Bit High School, Honest Game Trailers, Part Timers, and Smosh Babies. In 2014 he won a Steamy Award for Best Gaming Series for Smosh Games. Every year, Smosh earns between $7 and $10 million from their various entertainment endeavors. That's enough to make them among the highest paid celebrities on YouTube. Smosh was acquired by Alloy Digital (which eventually evolved into Defy Media) in 2011 in an all-stock deal. Anthony Padilla left Smosh in June 2017. In November 2018, Defy Media shut down. In reaction to the company failing, Anthony posted a YouTube video in which he finally revealed how much he hated working at Defy and how he and Hecox sold Smosh for all stock (no cash) on the promise that the company would eventually go public (which it never did). While he worked at Defy he did earn a decent salary, but did not benefit from the enormous success of Smosh. 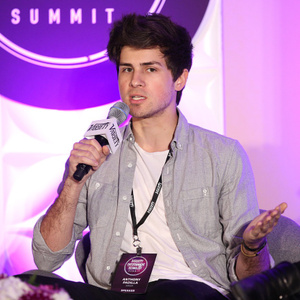