Anne Meara net worth: Anne Meara was an American actress and comedian who had a net worth of $12.5 million. Anne Meara was born on September 20, 1929 in Brooklyn, New York. Meara was married to Jerry Stiller and is mother to Ben Stiller and Amy Stiller. After being raised as a Roman Catholic and attending Catholic boarding school, Meara made the decision to convert to Reform Judaism after six years of her marriage. Meara became active in the industry in 1954 after meeting Stiller. They had both worked at an improvisational company now known as The Second City. She and Stiller cultivated a radio show in 1975 called Dining Alone, which earned them a Clio Award. Aside from movies and television, Meara is also a known playwright. Two of her most popular plays include Down the Garden Paths and After-Play. The Meara-Stiller family is famous for starring in several films together. Meara has starred in popular shows such as The Ed Sullivan Show, All My Children, Sex and the City, The King of Queens, Archie Bunker's Place, and ALF. Some major motion pictures featuring Meara include Zoolander, Night at the Museum, and Sex and the City: the Movie. Anne Meara died on May 23, 2015 at the age of 85. 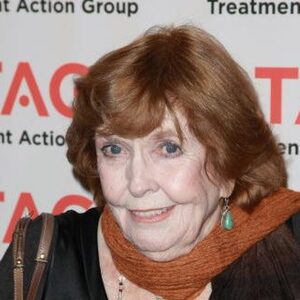