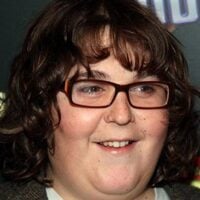 What is Andy Milonakis Net Worth?

Andy Milonakis is an American actor, writer, and rapper who has a net worth of $1 million dollars. Milonakis is most widely recognized for his appearances on "Jimmy Kimmel Live!" and for MTV/MTV2's "The Andy Milonakis Show" (2005–2007), which he co-created with Jimmy Kimmel. Andy has appeared in several films and television shows, including "Waiting…" (2005), "Crank Yankers" (2007), and "Kroll Show" (2013). Milonakis first gained attention for his 2003 video "The Super Bowl Is Gay," and he later began posting rap videos on YouTube. His YouTube channel boasts 539,000 subscribers and more than 100 million views, and he is also popular on Twitch, where he has 550,000 followers and around 1,500 subscribers.

Andy Milonakis was born Andrew Michael Milonakis on January 30, 1976, in Katonah, New York. He grew up in Queens with Greek-American parents and an older sister, and he has a growth hormone deficiency that causes him to look and sound like an adolescent. When Andy was a student at John Jay High School, he used self-deprecation to avoid bullying, and he has said that "humor is a great defense mechanism." Milonakis has a degree in computer engineering and worked in tech support at an accounting firm; the firm let him go after he began appearing on "Jimmy Kimmel Live!" because he wasn't spending enough time at the office. While working at the firm, Andy took classes at the famed Upright Citizens Brigade Theatre and did improv and stand-up in his free time.

Milonakis was invited to a friend's Super Bowl party on January 26, 2003, and instead of going, he stayed home and recorded a video called "The Super Bowl Is Gay." The video went viral two weeks after Andy posted it on AngryNakedPat.com. A writer for late night talk show "Jimmy Kimmel Live!" saw the video, and Andy soon received an email from one of the show's producers, asking him to call immediately. Kimmel played the video on his show, telling his audience, "The kid is going to be a star." He showed a different Milonakis video the following night and then Andy began appearing on the show, doing funny man-on-the-street interviews all over the country. He saved up the money he made from his appearances on "Jimmy Kimmel Live!" and moved to Los Angeles. 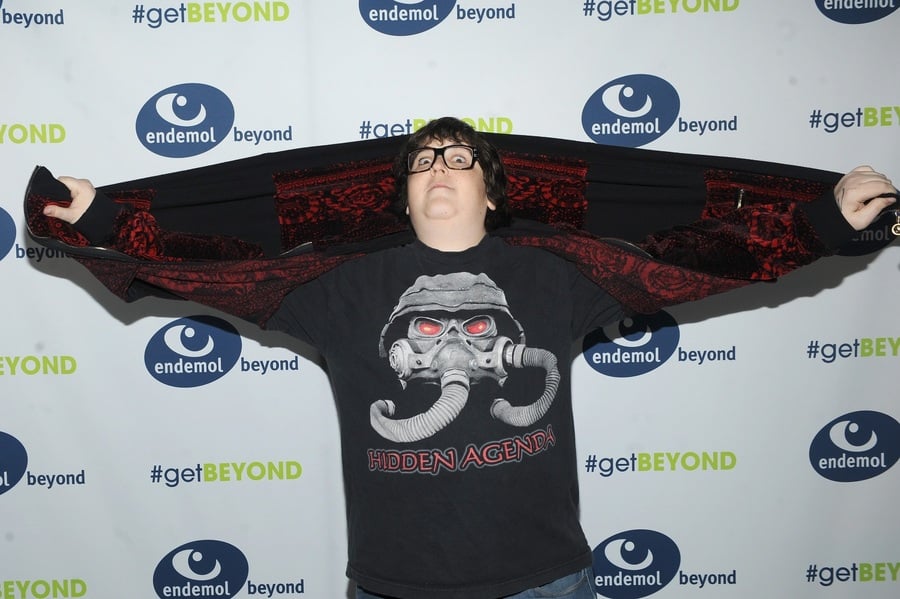 After Milonakis relocated to L.A., he began working on a pilot idea with Kimmel. The two pitched the idea to MTV, and "The Andy Milonakis Show" was born. The show premiered on MTV on June 26, 2005, and moved to MTV2 for the second and third seasons. "The Andy Milonakis Show" aired 22 episodes before it was cancelled in May 2007, and it earned a Teen Choice Award nomination for Choice Summer Series in 2005. The show included sketches, man-on-the-street segments, and celebrity guests, including Kimmel, John Stamos, Sarah Silverman, Snoop Dogg, and Paul Reubens. Since the end of "The Andy Milonakis Show," Andy has appeared in several movies, including "Who's Your Caddy?" (2007), "Extreme Movie" (2008), and "Mac & Devin Go to High School" (2012), and he voiced N.E.P.T.R. on eight episodes of the Cartoon Network's "Adventure Time" (2010–2018).

Milonakis was a member of rap group Three Loco with Riff Raff and Dirt Nasty, and the trio released the album "¡Three Loco!" in 2012. The group broke up in 2014, but they reunited to record a new track, ""Arrogant American Freestyle," in 2020. Andy has released several singles, such as "Let Me Twitter Dat" (2009), "Lemonade Bubble Gum" (2010), and "Worst Day" (2013), and he has performed on tracks by Snoop Dogg, Diwon, Hands of Tyme, Chain Swangaz, and Gucci Mane.

Andy enjoys playing poker, and in April 2020, he signed a deal with Americas Cardroom to stream online poker on his Twitch channel. He previously took part in a poker tournament benefiting Feeding America, finishing in third place, as well as a 2007 Fantasy Poker Night that raised funds for the Lili Claire Foundation. He has also appeared on the "Live at the Bike" poker stream and has played in the RunItUp Reno festival.