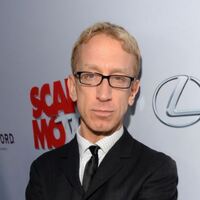 What is Andy Dick's Net Worth and Salary?

Andy Dick is an American actor and comedian who has a net worth of $300 thousand. A controversial figure to say the least, Andy Dick has nevertheless emerged as one of the most recognizable comics of the modern era. Outside of his career in comedy, Andy Dick regularly makes headlines for less than savory reasons. Over the course of his career, he has struggled with drug addiction, numerous arrests, sexual misconduct allegations, and more. When Andy Dick is on stage or in front of a camera, eccentric and outlandish behavior is pretty much guaranteed.

Andrew Thomlinson was born on December 21st of 1965 in Charleston, South Carolina. Andrew was adopted immediately after birth by Allen and Sue Dick, who raised him in a Presbyterian household. His father served in the US Navy, and the family lived in many different places when Andy was still a boy. Growing up, Andrew spent time in Connecticut, Pennsylvania, New York, and Yugoslavia. Eventually, his family laid down roots in Chicago.

During his high school years, Andy Dick fell in love with theater and starred in a number of the school's musical productions. After being elected homecoming king, Andrew graduated from high school in 1984. During his childhood, he became friends with actor Anthony Rapp, who later became a well-known actor.

After graduating from high school, Andy Dick joined the Second City improvisational theater group in Chicago. Second City is considered one of the most famous and influential comedy theater groups in the world. While he was learning about comedy with Second City, Andy also took classes at Illinois Wesleyan University before transferring to Columbia College Chicago. During his time at university, Dick also found the time to link up with the iO Theater group in Chicago. iO is also famous for teaching students the ins and outs of improvisational comedy.

Andy Dick's first big career moment came in 1992 when he appeared on the short-lived The Ben Stiller Show as a cast member. The show ended in 1993. That year, Dick had his first major film role in Double Dragon, a movie that had been adapted from a video game. Another major moment came when he appeared in a sketch on the Late Show with David Letterman. In 1994, Andy landed a role in an episode of The Nanny. He then booked an important role in the Get Smart television remake before booking a role in NBC's Go Fish.

In 1995, Andy Dick landed a recurring role in the sitcom NewsRadio on NBC. He played the role of Matthew Brock in the critically acclaimed show. Although NewsRadio was well-received, ratings were always a little lackluster. This led to the show's cancelation in 1999. In 1997, Andy Dick returned to film once again with a role in Bongwater alongside Jack Black and Luke Wilson. In 199, Dick booked another film role in Inspector Gadget.

In 2001, he helped create The Andy Dick Show, which aired on MTV. Every episode of the series was written and directed by Andy Dick, and each one had him playing a different role in a mockumentary-style approach. Andy mocked several celebrities by impersonating them on the show, and various celebrities guest-starred on the show. The show was eventually canceled in 2003 after three seasons. 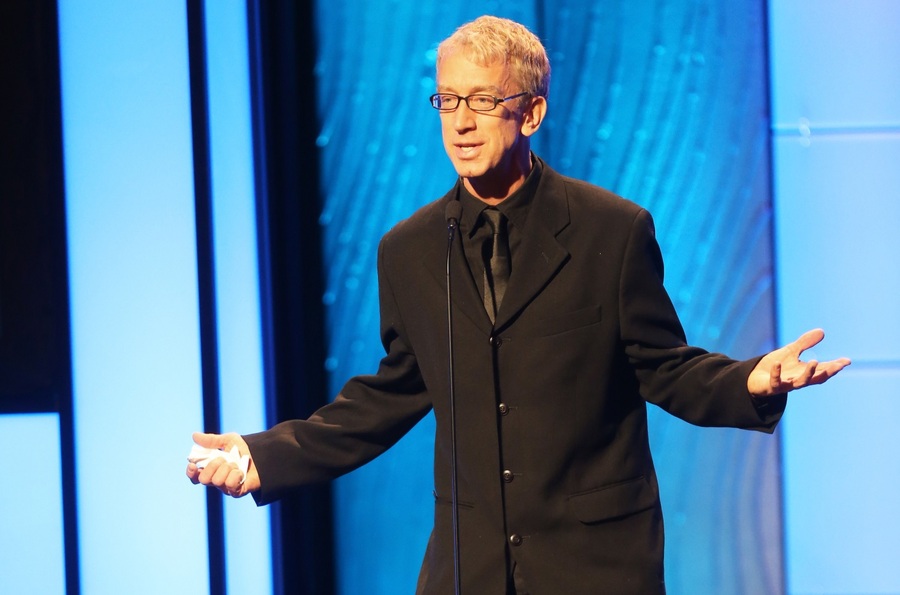 Next year, he booked a recurring role on MTV's The Assistant. This show poked fun at several reality TV shows, including Survivor, The Apprentice, The Bachelor, and many others. The show ran for eight episodes before being canceled. Andy Dick also found time to guest-star in an episode of Star Trek: Voyager as an emergency medical hologram. In the eighth season of Celebrity Poker Showdown, Dick finished in last place.

Throughout the 2000s, Andy appeared in films such as Dude, Where's My Car?, Road Trip, Zoolander, Reality Bites, Old School, The Hebrew Hammer, and Employee of the Month. Many of these roles were cameos.

In 2008, he appeared in an episode of The Real World: Hollywood to guide contestants to their next challenge: improv classes. In addition, Andy Dick has appeared in shows like The Gong Show, Sober House 1, and Celebrity Wife Swap.

Outside of these projects, Andy has established himself as a talented voice actor. He voiced the character of Nuka in many spin-offs of Disney's Lion King. He is also known for voicing the character of Boingo in the Hoodwinked! film franchise. In addition, Dick has provided voice acting work for Dilbert, Hey Arnold! and Clone High. He also worked on video games such as Grand Theft Auto: San Andreas.

In one statement, Andy Dick admitted that he has been admitted to rehab 20 times for drug-related issues. Today, he is a supporter of sober living. Andy Dick partied with actor David Strickland immediately before he committed suicide in 1999. That year, he was also arrested for possession of drugs, driving under the influence, and a hit-and-run.

Andy Dick is bisexual, and he came out during an episode of VH1's Sober House 1. He also stated he was bisexual in a 2006 interview with The Washington Post.

In 2008, it was reported that Andy Dick had purchased a property in Woodland Hills, California for $703,000. The property features almost 2,500 square feet of living space and sits on approximately 15,000 square feet of land. According to property records, Andy Dick also owns two parcels of raw land in Topanga Canyon. Collectively, they amount to about 80 acres.

In 2012, it was reported that Andy Dick was living in a shed. The shed is situated in the famously Bohemian enclave of Topanga Canyon, and it allegedly cost Andy about $3,000. Once the actor had moved in, he did extensive remodeling, adding about $5,000 worth of artwork and decor. The shed lies just a few paces away from a house where his ex-wife lives. His ex-girlfriend's nearby trailer is also easily accessible by foot.